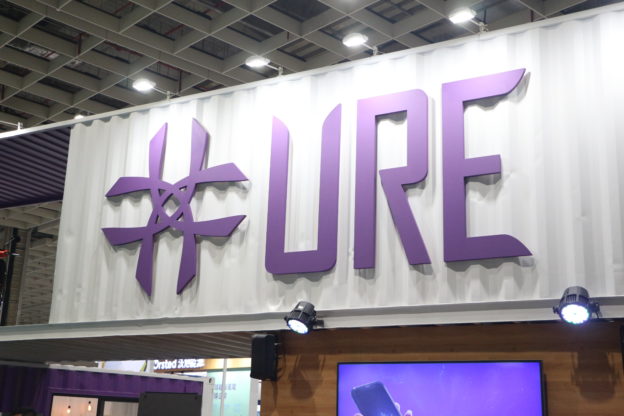 Taiwan’s United Renewable Energy Co. (URE) is presenting a wide range of technological solutions at this year’s Energy Taiwan, a three-day industry exhibition held in Taipei to showcase the latest trends in the renewable energy sector. Notable products that are on display at URE’s huge exhibition pavilion include in-house designed mono-Si PV modules, portable energy storage systems for homes and factories, and two models of hydrogen-powered scooters. The wide variety of offerings that URE has brought to the event demonstrate that the company is not simply a supplier of PV products. It is aggressively expanding into other areas such as hydrogen fuel-cell vehicles and energy storage applications.

URE was created from the merger of Taiwan’s three major solar enterprises – Neo Solar Power Corp., Gintech Energy Corp., and Solartech Energy Corp. This entity was officially established on October 1, 2018; and since then it has been pursuing a strategy of related diversification. Dr. Sam Hong, chairman of URE, has explained that cell manufacturers and upstream suppliers in Taiwan’s solar industry are now in a very precarious situation. They have been impacted by China’s “531 New Deal” and are facing a serious supply glut. Hence, the industry as a whole must evolve in order to weather through this difficult period. The transformation has begun with a shift in business focus from cell production to module design and system integration.

Despite the current challenges, URE is optimistic about the future of the industry. Hong has noted that Taiwan’s domestic solar demand has grown considerably thanks to favorable policies. The Ministry of Economic Affairs has set a cumulative capacity target of 20GW for solar PV by 2025, and the local supply chain is well prepared to support the government in accomplishing this goal.

To make its operation more efficient, URE has scaled back its cell production capacity to 2.3GW and its module production capacity to 1GW. The company retained its position as the leading module supplier in Taiwan’s solar industry during the first half of this year. Hong has pointed out that URE aims to keep its cell and module production on the same level. The company also hopes that the government can be more proactive in opening up additional land for the development of new solar projects. Expanding system installations will drive module production. This, in turn, will spur industry growth.

The biggest highlight in URE’s exhibition at Energy Taiwan 2019 is the hydrogen-powered scooters that release only pure water and no other harmful emissions. The two scooter models that are on display belong to the white plate category of the local vehicle license classification. The horsepower of their powertrain system is thus equivalent to that of a 125cc fuel engine. Technically speaking, URE’s concept scooters run on a hydrogen fuel cell and a secondary Li-ion battery. The latter provides the power for sudden acceleration. According to the information offered by the company, the maximum safe speed of the hydrogen scooters is 90km/h, and they can accelerate from a stationary position to 100km/h in just 8 seconds. Their maximum driving range reaches around 110km. Like other hydrogen fuel-cell vehicles, URE’s scooters have a much shorter refueling period when compared with the recharging period for most battery-electric counterparts. It takes just 3 minutes to fill up, and then these hydrogen scooters can travel the distance between Keelung and Miaoli. 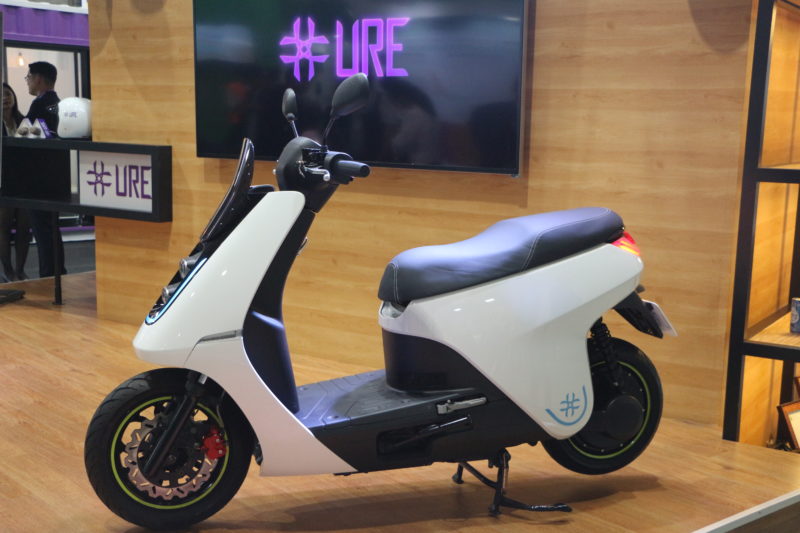 It is also worth noting that the entire powertrain system, which includes the fuel cell, hydrogen tank, and secondary battery, does not add much to the vehicle’s overall weight. The models that URE unveiled at Energy Taiwan weigh around 110kg, so they are actually no heavier than a Gogoro Smartscooter. One noticeable shortcoming of hydrogen-powered scooters is that their users have to regularly check to see if the high-pressure hydrogen storage tank and the connecting hoses require maintenance. Not properly keeping these parts in good condition can be dangerous.

Tseng Yi-xuan, who is the deputy director of URE’s hydrogen business unit, has said that his team took all the precautionary steps when designing the fuel-cell powertrain. Regarding the safety concerns of this technology, Tseng has also noted that accidents involving fuel-cell vehicles that have been reported in other parts of the world were mostly caused by human errors and improper maintenance. Going forward, URE will continue to pay close attention to the implementation of safety measures in the R&D of hydrogen fuel cells. 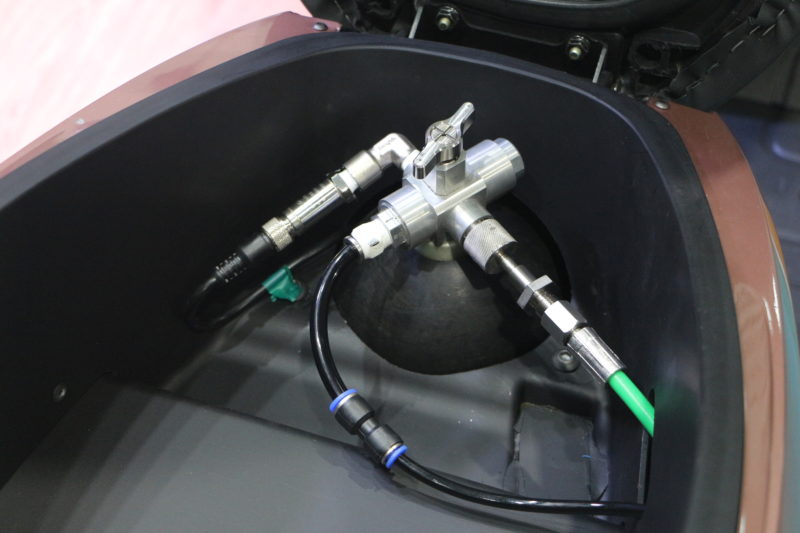 URE is bullish on the prospect of hydrogen fuel-cell vehicles. Many car makers in China, Japan, the EU states, and the US have begun developing hydrogen models. Governments of these countries are also encouraging the adoption of this powertrain technology. Japan, in particular, has made hydrogen-based transportation a major theme in its promotion of the upcoming 2020 Tokyo Olympics. In the scooter market, hydrogen fuel cells could become a viable alternative to both traditional fuel engines and Li-ion batteries due to advantages such as zero emission, noiseless operation, and fast fueling time.

Nevertheless, there is still some distance to go before URE’s scooters reach commercialization. Tseng’s team is currently in discussion with local hydrogen suppliers. The method that URE intends to use to mass produce hydrogen is methanol-water reforming reaction. The hope is that the company will have a solution for the hydrogen fueling infrastructure by the end of this year, as it wants to seize the opportunities during the lead-up to the Tokyo Olympics.

Starting off as a supplier of PV products, URE has transformed itself into a well-rounded developer of innovative energy solutions through exploration of opportunities in new application areas. The company’s exhibition at Energy Taiwan 2019 suggests that hydrogen fuel-cell vehicles and energy storage systems have been integrated into its portfolio. Although URE is facing some tough challenges as it continues on the path to diversify its businesses, the company firmly believes that it is heading in the right direction.

(This article is an English translation of news content provided by EnergyTrend’s media partner TechNews. Photo credits belong to TechNews.)