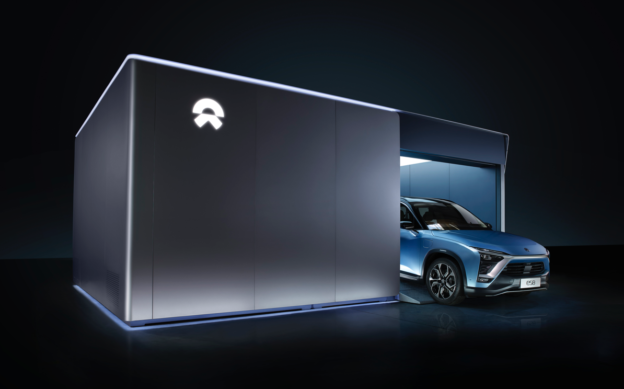 The Beijing Municipal Government plans to build 700,000 charging piles and 310 swap stations by 2025. The first ones to be transformed are gas stations in Beijing.

The Beijing Municipal Commission of Urban Management issued the “14th Five-Year Period Electric Power Development Plan” in which the charging infrastructure has become the most eye-catching focus. Beijing expects to have 700,000 charging piles and 310 swap stations in the city by 2025 and a service radius for public charging facilities for electric vehicles of less than 3 kilometers.

Before the 2022 Beijing Winter Olympics, their current goal was to achieve 100% green electricity in the Winter Olympics and venues, not only for lighting and air conditioning, but also for overall operation, surrounding charging piles, and electricity for artificial snowmaking to demonstrate its commitment to carbon reduction.

It is worth noting that among the current 159 power swap stations, NIO accounts for 75, of which 64 are located in urban areas. Each power swap station swaps batteries 33 times a day on average, provides 2,500 battery swaps in the Beijing metropolitan area.

In addition, among the expressways within the scope of Beijing, Weilai power swap stations have also been set up at 7 of them and they expect to set up stations on a total of 13 expressways in the summer of 2023.

With the gradual growth of electric vehicles, gas stations around the world have begun to think about the possibility of transformation, including oil giants Shell, British Petroleum, etc., all of which have converted gas stations into fast charging stations to continue to retain customer and develop peripheral services to deal with the wave of electric vehicles.