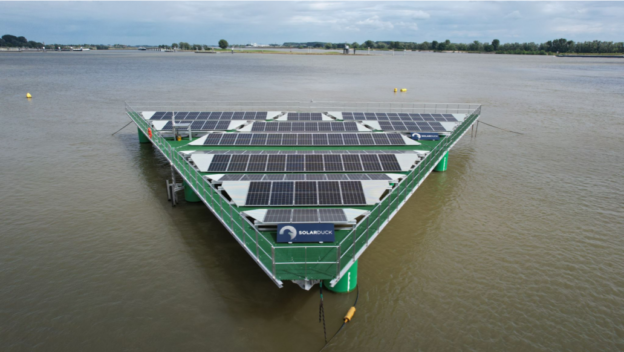 In the past, the European North Sea was dominated by offshore wind power development but now German energy company RWE and Dutch/Norwegian company SolarDuck will invest in floating solar energy projects in the North Sea, challenging whether the modules can withstand the impact of waves and hurricanes.

The pilot project, called Merganser, intends to erect offshore solar panels off Ostend, Belgium, with an expected capacity of 0.5 MW. RWE said the Merganser project will provide important first-hand experience, after all, the North Sea is one of the most challenging offshore environments in the world. Hopefully, through this experience, more offshore floating solar energy plans can accelerate commercialization after 2023.

It is not easy to set up a solar energy system at sea. In addition to facing the salinity and alkali erosion carried by seawater and sea breezes, ocean waves are also the enemy of the solar energy systems, severely testing installation design and construction methods. With an undulating solar panel, fire risk is heightened due to friction of underlying wiring.

RWE described, through a special solar array design, the solar panels can "float" several meters above the water, riding the wind and waves like a "carpet." For the floating project, RWE also stated that floating solar integrating into offshore wind farms is arguably a more efficient way to use ocean space. 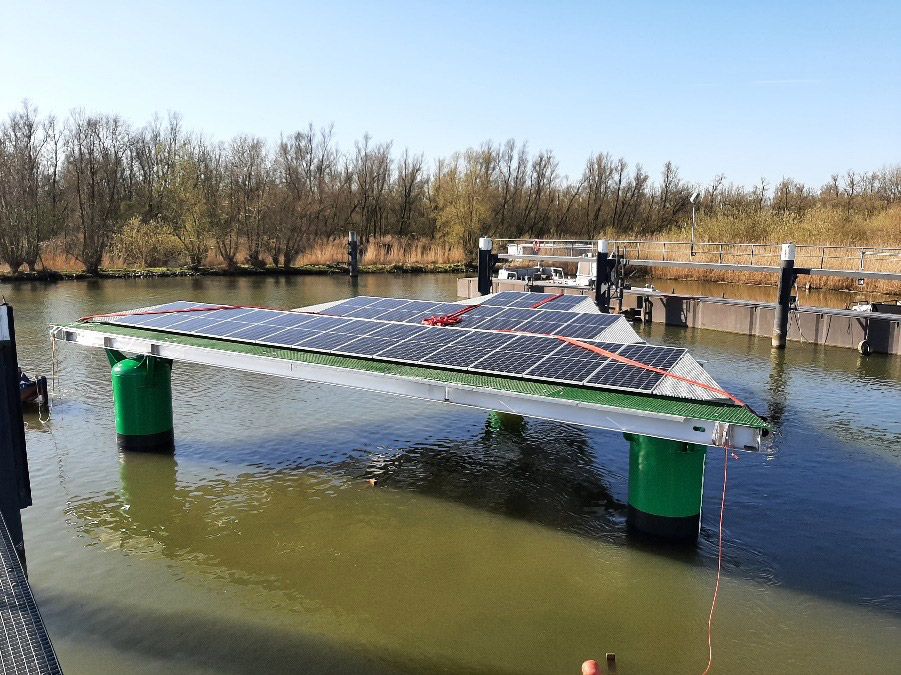 SolarDuck's floating surface solar energy platform looks more like a triangular oil rig from afar. It had been set up as the first 64kW pilot project off the Rhine River in April 2021. It consists of 4 connected triangular platforms, with sides 16 meters long and 3 meters above the water surface. It has been tested for its ability to withstand waves and storms.

The long-term goal of the partnership is to use SolarDuck's technology for the Hollandse Kust West offshore wind farm project planned by RWE.

Solar energy can basically cooperate with any energy source. For example, Portuguese energy company EDP is building 5MW of surface solar energy on the Alqueva Reservoir. It will lay 12,000 solar panels. EDP said that the project will combine hydropower and solar energy. It also plans to install a battery energy storage system.

Miguel Stilwell d'Andrade, CEO of EDP, also said that he will bet on mixed energy. A logical growth method is combining hydropower, solar energy, wind energy, and energy storage. In the future, EDP will continue to invest in mixed energy, not only optimizing existing resources but also generating cheaper electricity.