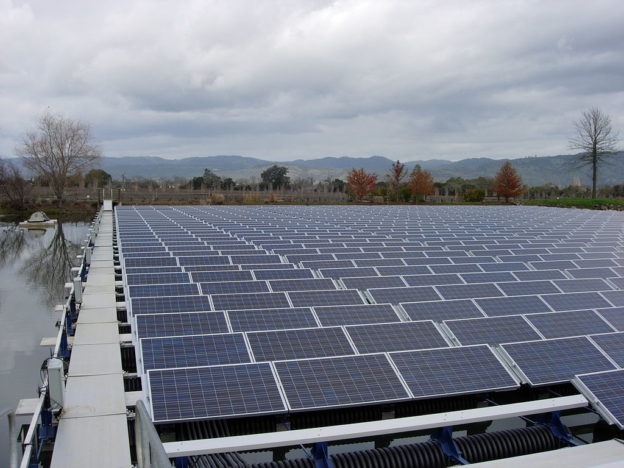 Even the inorganic "solar panels" that convert sunlight cannot withstand the terrifying hot weather. If you want to improve the performance of solar power generation, is floating solar energy the solution?

Floating solar energy, as its name implies, is solar panels set up on lakes, seas, and reservoirs. For example, New Jersey is building the largest floating solar farm in the United States. More than 16,000 solar panels with a capacity of up to 8.9 MW are being laid in a reservoir to be completed in fall 2022.

A 2018 study by the U.S. National Renewable Energy Laboratory (NREL) noted that floating solar installations on more than 24,000 man-made reservoirs in the United States could generate up to 10 percent of the country’s annual electricity.

The working principle of floating solar energy is very similar to that of traditional solar energy, except that the installation location is different. It is usually installed in a reservoir or a hydroelectric power plant. The solar panel is fixed on a structure such as a buoy, so that the module can float on the water. The advantage of this technology is that it can avoid competing with people for land. For countries with a dense population and small land area, the land is preferentially used for construction or agriculture.

Gadzanku said that because the solar panels float on the water, there is basically no problem of shading. Floating solar panels can also prevent water evaporation. If the local area is easily affected by drought, the combination of solar panels and hydropower may save a lot of water.

Floating solar energy also has shortcomings. At present, the development cost of floating solar technology is still higher than that of traditional solar energy. The brackets must be corrosion-resistant and have a longer service life. Waves can entangle the lines behind the modules, stated researchers. It was also emphasized that more studies on potential environmental impacts were needed.

At this stage, floating solar panels are mostly installed on artificial water bodies, Gadzanku pointed out, if they are installed on natural water bodies, the impact on the ecosystem needs to be considered, and it is still unclear how plastics and metals affect water quality.