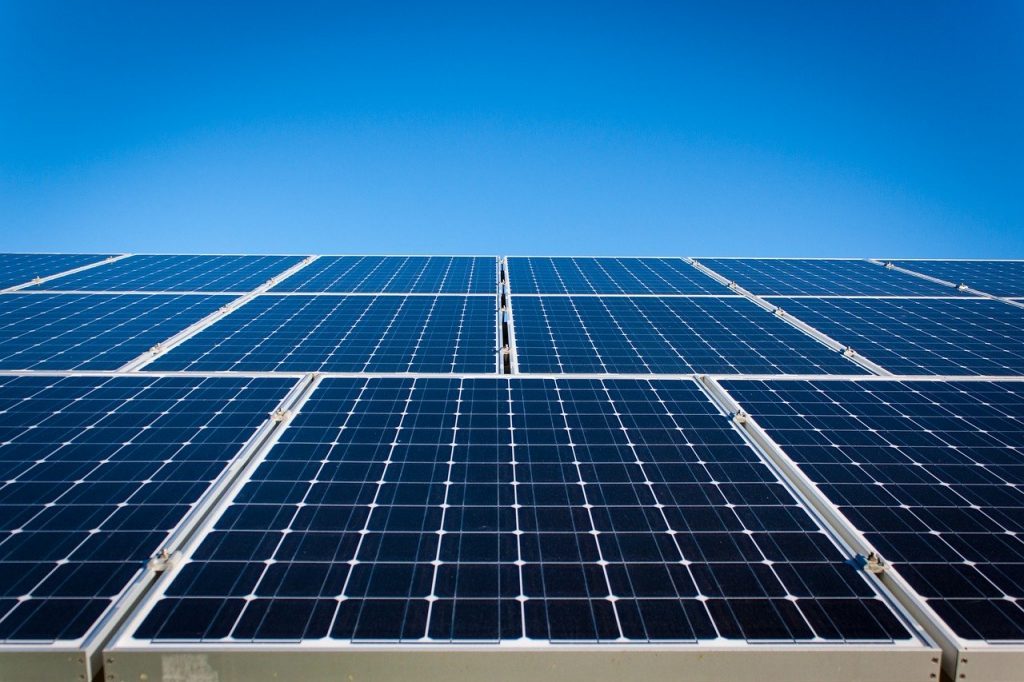 Polysilicon quotations remained on the rising trend this week, though the degree of increase in the prices of mono polysilicon has slightly declined. The quotations from the industry chain have been actuated to a certain degree by the increase in multi polysilicon, especially with the rise in wafer quotations last week that has somewhat mitigated the cost pressure derived from the inflation of polysilicon. Regarding mono polysilicon, the rate of inflation has slightly contracted, and the average market price has elevated to roughly RMB 107/kg, with the mainstream prices being upward adjusted to RMB 103-115/kg. In terms of multi polysilicon, partial first-tier businesses have marginally increased on quotations, and the average price has ascended to RMB 67/kg, with the mainstream quotations now sitting at RMB 60-70/kg, though SME businesses that are experiencing appalling amount of orders are maintaining sturdy quotations. Pertaining to orders, most first-tier businesses have filled up the orders of this month as of this week, and only concluded on urgent orders and partial orders for April, whereas a few polysilicon businesses have expressed how they remain slightly reluctant in selling, alongside their continuous wait-and-see attitude towards the market.

An observation on the production, operation, and shipment status of the polysilicon sector indicates that most polysilicon businesses are maintaining ordinary production after the excess demand status subsequent to Chinese New Year, and several polysilicon businesses have begun overhaul in March, which affects partial production volume of the product. Taking into account the continuous ascension in production volume after the operation resumption for individual businesses, the production for the overall polysilicon market will continue to experience a MoM increase during March. The inflation is now gradually transitioning from wafers to modules, and SME businesses are adjusting the operating rate under a market environment of high prices and material shortages, where the impact on the upstream demand is gradually manifested, while the cost pressure will exacerbate the market bargaining of each segment.

Wafer quotations had slightly fluctuated this week, and the overall quotations for mono-Si wafers have started to stabilize. The overall market has fully followed on the inflation after all leading businesses adjusted their quotations upward, where a small batch of sporadic orders have slightly risen in accordance with the cost of polysilicon, and the wafer prices this round have essentially suppressed the cost pressure derived from the previous inflation of polysilicon. The wafer market remains on a market status of excess demand compared to the downstream cell sector, while the downstream sector is still manifesting demand for various mono and multi-Si wafer products, and coupling with the sales strategy of wafer thinning from leading wafer businesses, mono-Si cell businesses are prioritizing on obtaining stocks under a relatively severe shortage of wafers. The gradually stabilized quotations from first-tier businesses this week have actuated the domestic and overseas average prices of G1 and M6 mono-Si wafers to sit firmly at RMB 3.5/pc & US$0.47/pc and RMB 3.66/pc & US$0.5/pc respectively. The market of M10 and G12 mono-Si wafers has been comparatively sturdy as the downstream sector gradually releases the demand for a continuous inventory pull on large-sized products, of which the average prices for M10 and G12 wafers are now at RMB 4.44/pc and RMB 6.16/pc respectively.

Multi-Si wafers have slightly risen in prices alongside the continuous inflation of mono-Si wafers, and have been upward adjusted to RMB 1.46/pc and US$0.198/pc in domestic and overseas average prices this week. However, apart from first-tier businesses, SME businesses are experiencing difficulties in shipment, where the comparatively chaotic market quotations have prompted partial businesses to comment on the insignificant profit despite the marginal increase in wafer quotations recently, and have adjusted on the planning of the operating rate accordingly.

The cell sector had exhibited slightly insufficient dynamics in inflation this week, where the production and sales of businesses have differentiated once again. Most cell businesses are attempting to follow on the rise in quotations announced by leading businesses, though the downstream sector remains on continuous price suppression during procurement, whereas some businesses are adhering to a wait-and-see attitude and are no longer willing in stocking. G1 and M6 mono-Si cells are currently sitting sturdily on an average price of RMB 0.94/W and RMB 0.95/W respectively, whereas M10 and G12 cells are relatively constant to that of last week at an average price of RMB 0.98/W and RMB 0.99/W respectively. Comprehensively speaking, the demand for mono-Si cells is currently at a flourishing state, though the continuous increment of cost has forced downstream module makers to successively decelerate on the pace of procurement, and attempt to transmit the pressure of demand to the upstream sector, which resulted in difficulties for a few cell businesses in actual transactions.

In terms of multi-Si cells, first-tier businesses are producing based on the build to order method, and SME businesses have lowered on the operating rate due to the weaker ability in order obtainment. The domestic and overseas average prices for multi-Si cells are now stabilized at RMB 0.56/W and US$0.078/W. Regarding overseas markets, the installation rush in the fiscal year of India, as well as the continuous invigoration from the demand of partial domestic projects, have generated an uninterrupted increase in the demand for multi-Si cells after Chinese New Year, which relatively tightens the supply of multi-Si medium-efficiency wafers.

Module quotations had slightly fluctuated this week, followed by a rise in the prices of multi-Si modules. Partial first-tier businesses are experiencing smooth transactions after module makers attempted to increase the prices in early March, and most orders concluded on high prices had come from urgent and overseas orders, which propelled the average prices of the 325-335W/395-405W and the 355-365/425-435W mono-Si modules to sit at RMB 1.61/W and RMB 1.68/W respectively. As for large-sized products, the M10 and G12 modules are now RMB 1.65-1.7/W in the mainstream quotation, with an average price of RMB 1.7/W. The domestic end sector is predominantly adhering to a wait-and-see attitude, with partial projects being suspended, where project suppliers have commented on the substantial degree of cost pressure, and are not willing in accepting new negotiations and existing market quotations. In terms of multi-Si modules, the Indian market has imposed taxation on imported cells and modules for 2022, which will stimulate the import of multi-Si module products this year, and the rejuvenation from recent domestic projects under the resonance of domestic and overseas demand has vivified the domestic and overseas average prices of the 275-280 / 330-335W multi-Si module to rise to RMB 1.37/W and US$0.187/W respectively.

Glass quotations have slightly recovered this week, where the prices of the 3.2mm and 2.0mm glasses are sitting at RMB 38-46/㎡ and roughly RMB 30-35/㎡. End project suppliers are no longer willing in adjusting prices and accepting orders for this round, and have successively suspended on module procurement, which has somewhat affected the shipment of glass and resulted in a minor reduction in the order prices of photovoltaic glass for mainstream glass businesses. Under the overall inflation background, mainstream products have increased in prices, whereas the prices for consumables such as film and metal that are required by modules and terminal power stations are ascending continuously, which explains the relatively low willingness in inventory pull for the downstream market right now. The end sector hopes to propel the construction of projects after prices are stabilized, whereas the module sector will continue to bargain with both the upstream and downstream sectors while reducing the operating rate.