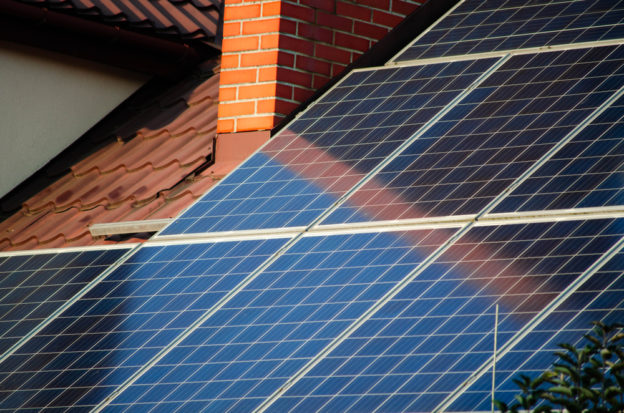 As a key component in the solar power system, the solar inverter is responsible for converting the direct current produced by solar power into alternating current that can be directly used or used for grid construction, though the use of smart inverters that are equipped with online functions may need to take into account issues related to information security, thus the Bureau of Energy, Ministry of Economic Affairs, has pointed out accordingly that the existing solar inverters in Taiwan do not come with online and remote control functions, which eliminates the concern over information security, and will be drafting relevant regulations in the future.

The media and legislators have previously exposed the solar panel tender for the roof top of the Republic of China Military Academy, where the subcontracted downstream contractor of the awarded manufacturer was suspected to be a Huawei distributor who uses Chinese made inverters, which derives information security concerns, and it is also rumored that the solar equipment of the Legislative Yuan consists of Huawei made inverters.

Although the Legislative Yuan has asked the manufacturer to remove the specific equipment, the Republic of China Military Academy refuted on the relevant rumor by stating that the construction has yet to commence, which does not conform to the truth, and that the contract also indicates the prohibited use of China made products. However, there are currently no regulations from the Bureau of Energy and the Bureau of Standards that specify on the usage on China made inverters.

Taiwan has fully prohibited the usage of Huawei related products for the 5G industry, though the specific law does not apply on solar inverters. The largest market share of current solar inverters in Taiwan is accounted by Delta Electronics for approximately 1/3 of the total market share, though according to the latest survey of EnergyTrend under TrendForce, Huawei inverter was ranked second in the Taiwanese market during 2019.

In view of this, the Ministry of Economic Affairs has pointed out that the general inverters used by existing solar power systems are only capable of converting direct current into alternating current, without the function of remote control, thus exhibiting no information security risks. Tseng Wen-sheng, Deputy Minister of Economic Affairs, also commented that the primary concern right now is related to the communication function for inverters, and that concern is now clarified as the examination on these relevant manufacturers showed no signs of such function.

Tseng Wen-sheng expressed that a number of specifications regarding information security, including that for camera lenses, have been implemented in succession, and the Bureau of Energy, as well as the Bureau of Standards, will be asked in the future to stipulate specifications for inverters with online functions.

Bureau of Energy pointed out that it will consider adopting inverters made by non-Chinese manufacturers for lease and establishment projects of the public sector, and drafting corresponding solutions for solar application and establishment cases from the private sector after taking into account the relevant measures of various countries, as well as adequately consulting the opinions of domestic operators, such as the Taiwan Photovoltaic Industry Association.

The United States Congress feared in 2019 that Huawei’s solar inverters that were sold in the US may result in cyber-attacks for the solar power system that would impact on the safety of power usage, and decided to compose a joint letter to the US Department of Homeland Security and the US Department of Energy, which urged the government to consider suspending on the usage of Huawei inverters, and resulted in Huawei’s comprehensive exit from the US market as the temporary consequence.