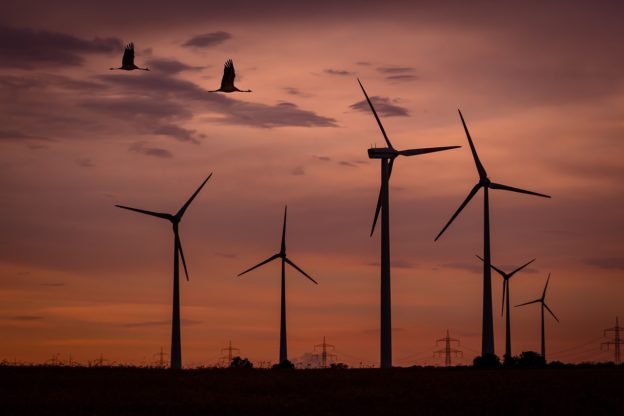 A recent U.S. study has found that the shortening of a wind-turbine’s blades and careful selection of a wind-farm site can help to alleviate the problem of bird hazards; bird hazards have been a common problem for tall constructions, which have killed numerous birds and bats in the past.

The aforementioned study was carried out by a research team from the University of Illinois-Urbana Champaign; According to the research team’s findings, a change in the design and deployment of wind turbines will help to reduce the overall frequency of bird hazards.

The team’s findings have showed that the total distance between a wind field’s location and bird habitat is of critical importance. To test its impact, the team had studied the locations of approximately 1,670 different wind turbines from a total of 36 different US states, and analyzed the general state of their bird habitat, land usage, and climate. It also looked over a total of 86 different bird-watching routes from 2008-2014. According to the findings, a wind farm that is within a 400-meter radius of a bird habitat would cause three birds to fall to the ground a year. Madhu Khanna, the professor of agriculture and consumer economics at the university, points out that the number would drop along with increase of distance.

The size of a wind turbine’s body and its blades is also related to the bird-strike frequency. According to the study, shortening the blades would significantly lower the total number of casualties.

To minimize accidents, it is suggested that the wind farms should be constructed at least 1,600 meters away from bird habitats.