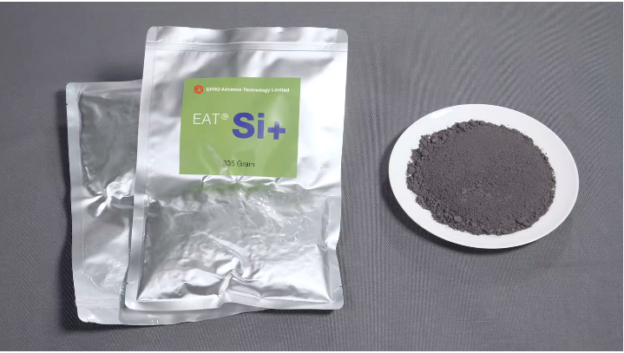 How to transport and store hydrogen in a safer manner? Hong Kong-based EPRO Advance Technology (EAT) has developed a Si+ powder that emits hydrogen when added with water, which is much safer compared to the traditional compressed hydrogen.

The traditional transportation method for hydrogen first compresses the gas to 7 million kg per square meter, or freeze it to nearly -252oC in liquefaction, which is not only a complex, dangerous, and expensive process, but also affects the energy density. EAT used the first hydrogen transportation vessel Suiso Frontier as an example, where a 116m cargo ship can carry 88.5 tons of hydrogen through the liquefaction method. Although powder is heavier in comparison, it requires less space.

How does the Si+ powder work? EAT pointed out that Si+ powder can come from sand, or through the recycling of solar panels and electronics. Whenever hydrogen is needed, just pour the Si+ powder into the water, and mix it up a little, before hydrogen is generated at any temperature from 0 to 80°C.

ETA also revealed the chemical formula, which is Si + 2H2O -> SiO2 + 2H2. Aside from generating hydrogen, the only other yield is silicon dioxide.

Deakin University from Australia had also previously developed similar hydrogen powder, but the powder had to be heated in order to release hydrogen. Compared to the powder developed by Deakin University, the powder by EAT is almost like a potential hydrogen carrier with a higher density, with a much simpler process in hydrogen release, and can be transported or stored in a safer manner.