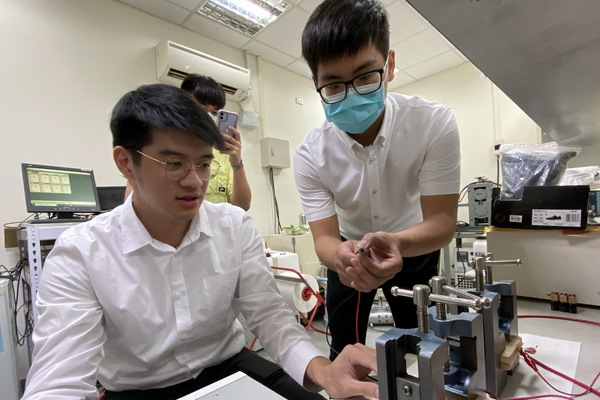 As an integral part of electric vehicles (EV), batteries has been attracting more attention as the automotive industry migrates to all-electric and hybrid powertrain systems. Many countries are now actively developing domestic EV manufacturing. At the same time, they are also actively engaging in the R&D of various battery technologies.

A breakthrough in EV batteries recently took place in Taiwan. National Cheng Kung University (NCKU) that is located in Tainan City just unveiled a new zinc-carbon battery that is jointly developed by its Department of Material Science and Engineering and nonwoven fabric supplier KNH Enterprise. In fact, it is the world’s first zinc-carbon (or zinc-ion) battery that is rechargeable and has a solid electrolyte. Compared with the other conventional battery technologies, the new carbon-zinc battery is touted to be lower in production cost, higher in efficiency, and more eco-friendly. The developers of the new zinc-carbon battery have immediately begun working toward the commercialization of the technology, as they believe it has a very bright future.

The battery developers from NCKU have revolutionized the battery design and succeeded in devising a truly solid electrolyte that is also eco-friendly and safe. The electrolyte for the new zinc-carbon battery is a powder with no moisture content. It allows recharging and is not flammable. The battery therefore does not catch fire or combust when being overcharged. 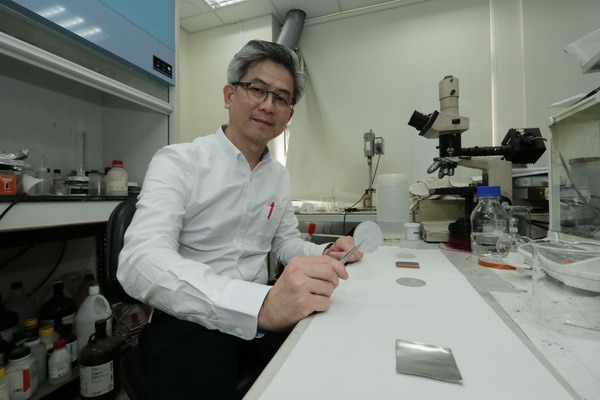 ▲ Hong Fei-yi, a professor working in the Department of Material Science and Engineering at National Cheng Kung University, shows off a zinc wafer.

Hong revealed that the packaging of the electrolyte is the key to success in the development of a solid-state battery. The powdered electrolyte has to be tightly covered by a nonwoven fabric once it is compressed into a shaped lump. The fabric ensures that the electrolyte keeps its shape and maintains a high level of density. Hong credited KNH Enterprise for providing the crucial assistance in the development of this material. The non-woven fabric that was designed for the new zinc-carbon battery is noted for providing exceptional surface adhesion. It allows the electrode layers to be properly attached to the electrolyte layer, thereby improving the structural stability and performance of the battery.

Hong added that the powdered electrolyte is so safe that the whole battery can be discarded simply as trash after it reaches the end of its cycle life. There is no need for recycling, and there is also no concern about the release of any toxic chemical. The composition of this rechargeable solid-state battery is simple: zinc foil as the positive electrode, carbon foil as the negative electrode, and the powdered electrolyte. The simplicity of the design, in turn, offers a cost advantage over other battery technologies.

Regarding performance, the new zinc-carbon battery can charge and discharge at a higher current and a higher voltage compared with the traditional single-use zinc-carbon batteries. The latter cannot operate this way because of their moist electrolyte — too much current and voltage will instantly cause an explosion. In contrast, the former not only can recharge but also does it more efficiently.

Hong emphasized that the new solid-state battery developed by his department charges and discharges in series. In the past, rechargeable batteries tended to adopt parallel charging and serial discharging. However, serial charging is faster and more suitable for a wide range of vehicles including scooters, self-balancing personal transporters, etc. The battery developers have estimated that the cost of their rechargeable zinc-carbon battery is only around a third of that of a lithium-ion battery. Hence, NCKU is attempting to commercialize this technology in hope of ushering in a new era in the energy storage market.