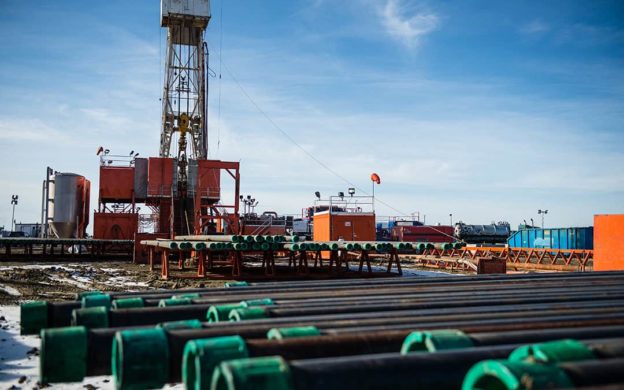 Canada has considerable potential to develop geothermal energy for electricity generation. With support from the Canadian government, energy companies have recently begun prospecting for geothermal reservoirs and developing pilot projects in the country. Among them, DEEP Earth Energy Production Corp. (DEEP) announced this September that its test wells for a geothermal project in the province of Saskatchewan have surpassed expectations in their performances. With the successful completion of this pilot program, DEEP now plans to proceed with the first phase of the project. If everything goes according to schedule, the geothermal generation systems of the first phase will be grid connected by 2021 and provide 20 megawatts of generation capacity.

As a form of renewable energy, geothermal energy has the advantage of continuous generation for meeting base-load demand. In contrast, solar photovoltaics and wind energy have the problem of intermittency stemming from the day/night cycle, changes in weather conditions, etc. While Canada currently does not have a commercially viable geothermal power plant, development efforts are taking place across the country. DEEP officially commenced the Saskatchewan project in 2019 when it secured funding support from the Canadian government.

The project site is located in Williston Basin, which encompasses the southern part of the province. According to DEEP’s press statements, the basin hosts hot sedimentary aquifers that can provide enough energy for numerous geothermal generation systems. During the pilot program, DEEP drilled several production and injection wells at the project site. Hot brine from a geothermal reservoir located 3,800 meters below ground is drawn via the production wells to the surface using electric submersible pumps. The brine, which reaches a temperature of 122 degrees Celsius, releases steam that drives turbine generators and then flows into storage tanks before returning to the reservoir via the injection wells. This continuous cycle of bringing up the brine to harvest its heat and then taking it back down for reheating can produce a constant and stable supply of electricity.

Furthermore, DEEP has developed an “enhanced geothermal system” that uses hydro-shearing to tap into deeper aquifers. The technique, which is very similar to hydraulic fracturing (now widely adopted in the oil and gas industry), involves pumping high-pressure cold water into a hot aquifer via injection wells. This widens the cracks and pores of the aquifer so that more brine can be let out. At the same time, the injected water absorbs the heat in the aquifer.

Regarding the current situation of the first phase of the Saskatchewan project, DEEP has stated that it already finished the subsurface design that provides the optimal well spacing and configuration. All in all, six production wells and four injection wells will be drilled. The surface development area measures 300 meters by 300 meters, whereas the subsurface development area measures 5 kilometers by 8 kilometers. With a generation capacity of 20 megawatts, the first phase of the project can meet the electricity demand of 20,000 households. DEEP also claims that the first phase can offset 114,000 metric tons of carbon dioxide annually. This is equivalent to removing 32,000 cars from the road.

DEEP’s pilot program has yielded above-expected results for flow tests and shows that the project is perfectly situated above a massive geothermal reservoir. The generation turbines installed at the site are also performing at high efficiency and encounter no operational issues. Based on the flow and temperature data from the spring and autumn flow tests, the reservoir can accommodate multiple geothermal generation systems. In the near future, DEEP will be drilling the deepest horizontal well in the province for the installation of a large-diameter submersible pump 2,800 meters below ground.

To make the project more environment-friendly, DEEP will be using solar panels and the methane gas from nearby fossil fuel drilling to power the cooling towers, lighting fixtures, and pumps at the project site. The methane gas emitted from the neighboring oil and gas operations previously served no purpose other than to be flared off. Moreover, DEEP has said that the waste heat from geothermal generation will be used to raise the productivity of local greenhouses and fish farms. The entire Saskatchewan project (including the first phase) is intended to reach 100 megawatts in scale. Kirsten Marcia, CEO of DEEP, believes that geothermal energy could become a billion-dollar industry for the southeastern region of the province.