It is surprising to see how the futuristic Sondors Metacycle has actually started delivery in the US market after seeing so many electric motorcycles that relied on presentations.

The electric motorcycle comes with a price tag of US$5,000, and has a maximum speed of 130km/h, with a driving range of 130km. Resembling a heavy-duty vehicle, the Metacycle has a fully hollowed tank design, and is now on its way to the many buyers who placed a preorder.

Many EV startups, regardless of two or four wheels, had been enticing investors for financing with their extravagant prototypes and world-class statistics in the past decade, but only a few of them have actually accomplished substantial results. After announcing its first electric bicycle in 2016, Sondors has been constantly releasing new products, with Metacycle being announced back in January 2021.

▲The hollowed out design is bound to be turning heads.

The Metacycle with affordability as its biggest selling point had generated quite a buzz when it was announced. Is US$5,000 consider cheap for a motorcycle? That all depends on who the competitors are. For the market of large electric motorcycles, the major competitor would be LiveWire, a subsidiary of Harley-Davidson, where an electric scooter costs US$30K.

The Metacycle is adopted with an 8kW motor that has a peak output of 14.5kW, and comes with a removable 4kWh battery that achieves a driving range of 130km under a cruising speed of 50km/h. There is an 110V charger that comes with the motorcycle, or a fast charger is also available for purchase.

Sondors Metacycle was initially scheduled for delivery starting from the end of last year. Despite being postponed by nearly a year, the first batch has been delivered in California, and is now on its way to those who preordered around the country. 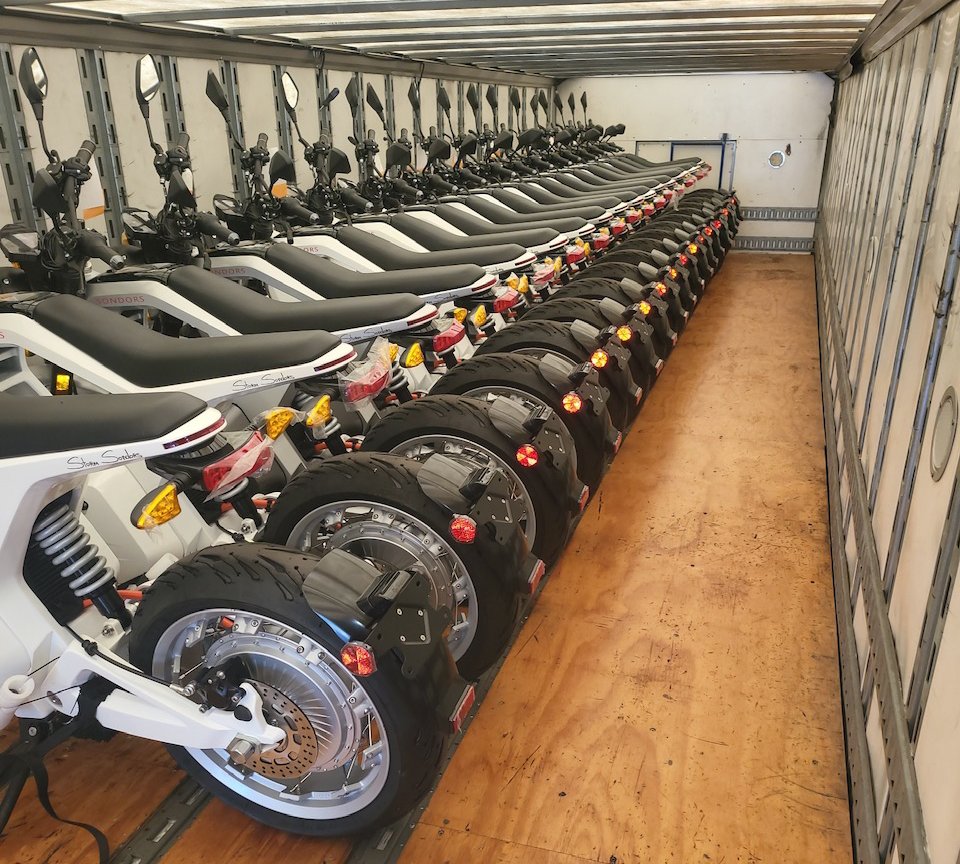 ▲The first batch of Sondors Metacycle is on its way to the buyers.

The quantity of the first batch remains unclear, but those who missed out on the preorder and would like to make a purchase now will have to pay the new price of US$6,500 (approx. NT$200K). With that being said, there are still quite a number of bottlenecks that need to be resolved for electric motorcycles. Metacycle, since its announcement, has been constantly changing in specifications, including a significant increase of nearly 50% in bodyweight, as well as the alteration from “cruising” to “temporary maximum speed” for maximum speed.

Nonetheless, there are still good news on the Metacycle, such as the incorporation of additional batteries for the new design, as well as extra storage packs that better conform to the application scenarios of owners. An electric motorcycle that costs NT$200K, and comes with such driving range and speed, let alone its futuristic design, is surely a tempting option.