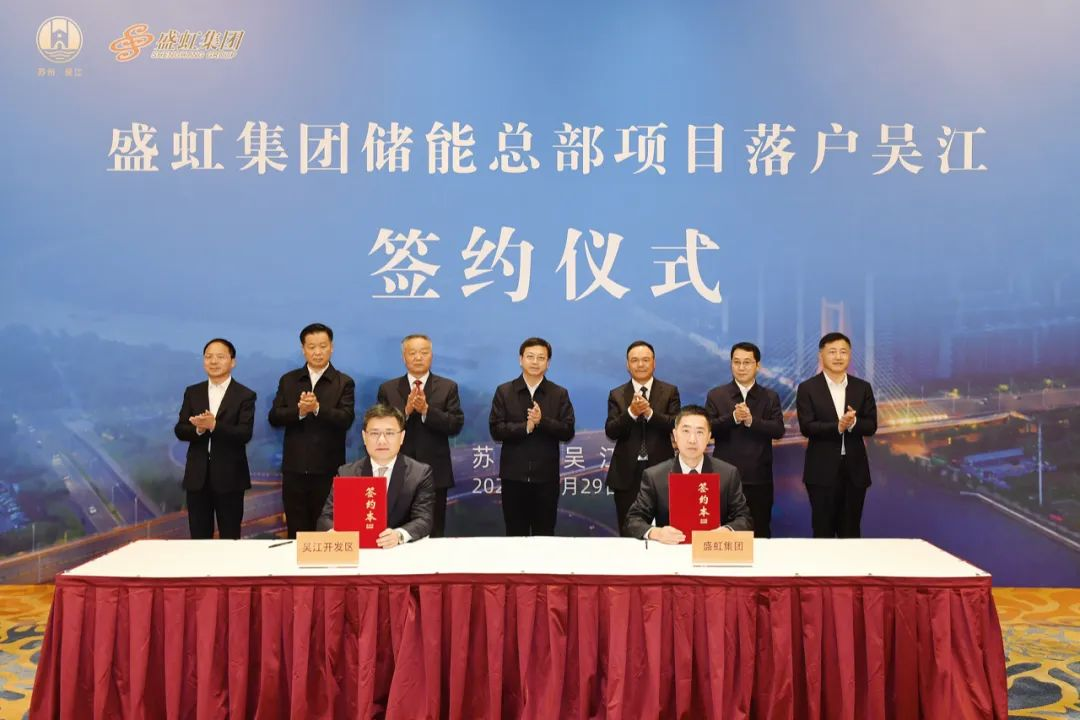 The market for energy storage technologies have been expanding rapidly in scale during recent years. Hence, many battery suppliers including CATL, CALB, and Sunwoda have been aggressively building up production capacity for energy storage batteries and energy storage systems. The boom of the market has also attracted companies operating in other sectors, and they have made massive investments in order to establish themselves as new but strong entrants.

On October 29, Shenghong Group signed an agreement to formally establish its “energy storage HQ” in Wujiang District of Suzhou, a major city within China’s Jiangsu Province. This project is a base primarily for the manufacturing Li-ion batteries and energy storage systems. The base will encompass the entire industry chain for energy storage systems, from materials to cells to modules to whole systems.

According to the available information about the project, Shenghong Group will set up 500GWh per year of production capacity over two phases. The total investment in the project is RMB 20 billion. The first phase is 16GWh per year of production capacity for new types of Li-ion batteries and entails an investment of RMB 12.5 billion. Once completed, the first phase is expected to attain almost RMB 3 billion annually in profit plus tax.

Shenghong Group stated that the base will showcase significant technological advantages. The company touted that it possesses the most advanced pre-lithiation technology. Additionally, the company has also developed active additives, smart sensors for energy storage batteries, active safety mechanism with response time in milliseconds, barrier material for maintaining safe operation of individual cells, self-diagnostic technology based on big data, warning mechanism, multi-terminal DC control, etc. All in all, Shenghong has in-house technologies across the key segments of the supply chain. This provides a degree of protection and stability over the operation of the company.

Shenghong Group also stated that it has in-house supply for the critical upstream materials used in Li-ion battery cells, including UHMWPE (ultra-high molecular weight polyethylene) separator and DMC (dimethyl carbonate) electrolyte. The company is also developing in-house supply for LFP. In the future, the company is expected to become self-sufficient in many of these upstream materials, thereby attaining total control over 65% of its material-related costs for battery cells.

Established in 1992, Shenghong Group is headquartered in Suzhou and has become a national-level technology conglomerate with the following three core businesses: petrochemicals, textiles, and energy. Shenghong Group has 20-plus companies under its wings. They are involved in R&D, manufacturing, investments, trade, and services. Furthermore, Shenghong Group has established three major production sites that are respectively located in Suzhou, Suqian, and Lianyungang.

Further commenting on the energy storage battery base, Shenghong Group said its development of new energy storage systems aligns with the current major market trends. While crossing into the energy storage sector and seeking to become a GW-level solution supplier seems a radical move, the entry into the energy storage market is consistent with the company’s long-established strategy known as “Major Chemical Supply Platform + New Energy Materials 1+N.” Basically, the company is transforming itself through vertical integration and attempts to generate synergy across the supply chain. Through these efforts, the company hopes that it will eventually gain significant advantages in the industry for advanced materials used in new energy solutions.