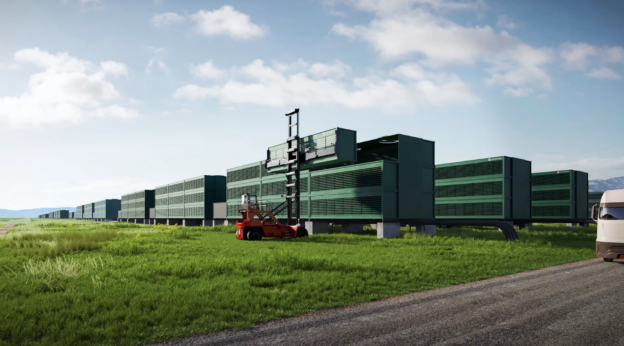 The largest direct air capture (DAC) plant Project Bison will be situated at Wyoming, and is scheduled to commence operation starting from next year, hoping to absorb 5 million tons of carbon dioxide each year by the end of this century, before securing these gas underground.

Carbon capture and hydrogen are relevant to the results of net-zero emission after 2030. Current renewable energy technology is unable to fulfill the demand from major carbon-emission users such as the cement and steelmaking sectors, hence CarbonCapture has pointed out that Project Bison, as the first large-scale and expandable DAC plant in the US, will be entering market competition.

CarbonCapture is currently partnering with Frontier Carbon Solutions. The two are expected to secure captured carbon underground in order to prevent them from returning to the atmosphere.

As the name suggests, direct air capture absorbs carbon dioxide from the atmosphere using solid absorbents, before applying heat to concentrate the captured gas. The gas can then be buried deep within rock formations for mineralization or permanent separation through other methods, or it can always be delivered to manufacturers who wish to utilize clean carbon dioxide in their products.

CarbonCapture’s system is profoundly modularized, where reactors can be stacked and inserted into modules that are as big as containers, and different types of absorbent boxes can also be inserted to respond to various climates or seasons. These modules can also share resources such as electricity and thermal energy, as well as enlarge in scale to form a sizable array.

With that being said, the world produces roughly 30 billion tons of carbon dioxide each year, which is why CarbonCapture and Climeworks must both expand their plants or optimize their technology.

Wyoming was chosen as the location due to its unimpeded access to renewable energy and excellent conditions in managing carbon storage. Once approved, Project Bison will become the first DAC plant that uses IV-grade wells for carbon sequestration. The first phase of the carbon capture procedure is scheduled to begin next year, and approximately 10K tons of carbon dioxide would be eliminated each year afterwards.

CarbonCapture plans to store 200K tons of carbon dioxide each year by 2026, before expanding the scale to million tons by 2028, and eliminate 5 million tons each year by 2030. The company also expects that Project Bison would become the single largest decarbonization plant in the world. As the US passed the Inflation Reduction Act, which states that DAC plants that store carbon dioxide underground would enjoy an increase in tax credit from US$50/ton to US$180/ton, CarbonCapture will benefit accordingly.