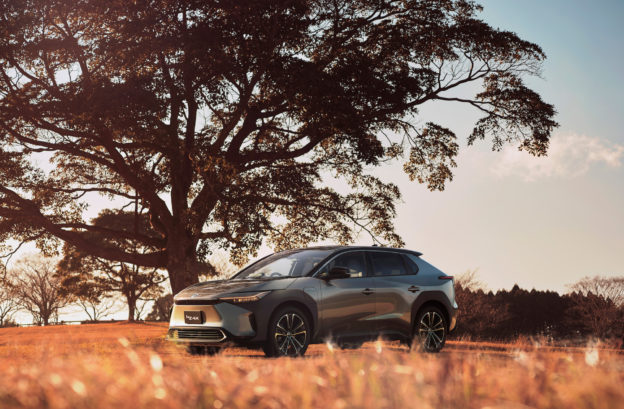 Last year Toyota announced that it would launch 15 pure electric vehicles and now they have further revealed their own batteries and battery factories, betting heavily in the United States and Japan, respectively, to catch up with other car manufacturers.

Although Toyota started slowly in the field of pure electric, its huge layout and strong car manufacturing strength may be able to catch up quickly. Announced in 2021 to launch 70 electrified vehicles, 15 of which are pure electric vehicles, and will launch 7 bZ series models by 2025, including their first pure electric leisure travel bZ4X.

"Compared to the second half of 2020, we will reduce the cost of batteries by 50%." Toyota Masahiko Maeda pointed out that through the integrated development of batteries and vehicles, the company will solve the problem of high battery costs. At the same time, he also shared their subsequent battery development strategy.

The first is the newly established subsidiary Toyota Battery Manufacturing North Carolina in the United States, which is 90% owned by Toyota USA and 10% owned by Toyota Tsusho, where a budget of US$2.5 billion will be invested.

Second is a re-investment in new Japanese company Prime Planet Energy & Solution (PPES), which will invest a budget of US$2.8 billion to develop new batteries at its Himeji plant.

In this regard, although Toyota started slowly, it has gained valuable experience. Rather than handing over battery supply to China or other manufacturers, it is better to do it all by itself, in order to avoid falling into a supply chain crisis. According to Maeda Masahiko, Toyota will realize a one-stop battery, from raw material mining, chemical raw materials, battery manufacturing to waste recycling, all in its own hands.

"The Toyota Group has been producing batteries since 1997, and there are already 18.1 million batteries used in gasoline-powered electric vehicles." Maeda Masahiko pointed out that in the face of the changing generation of pure electric vehicles, Toyota is undoubtedly the most experienced carmaker when it comes to in batteries.

With new investments in the U.S. and Japan totaling more than US$5.3 billion, Toyota hopes to add 40 GWh of annual battery capacity, which is just production. In order to reduce battery costs by 50%, Toyota will invest as much as US$5 billion to develop new battery technology, which means that Toyota will invest US$10.7 billion to reverse the current situation in terms of battery research and development and production.

It is very exciting to see Toyota in full swing. After all, Toyota has the most battery patent technologies on hand and, with the development of new technologies, it will definitely make electric vehicles more popular. However, Toyota may be spending too much money on batteries and forgetting to allocate a little budget to actual wheels.