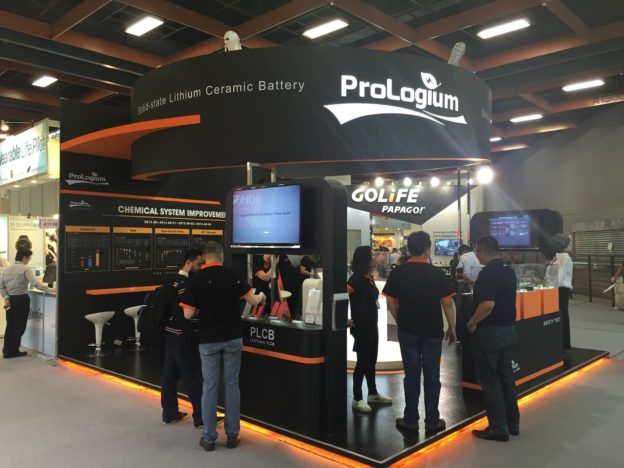 According to a coverage by Reuters, consulting company Accuracy commented recently that Taiwanese battery manufacturer ProLogium Technology has decided to establish a solid-state lithium battery plant in one of four countries that include France, Germany, Poland, and the UK.

ProLogium Technology has assigned Accuracy to look for a plant location. The plant would sit at 120GWh in capacity for EVs, and hire several thousands of local employees. However, Accuracy did not provide the deadline for ProLogium Technology in deciding the plant site.

As pointed out by the coverage, solid-state batteries may change the rules of EVs since they are able to store additional energy compared to lithium-ion batteries, and charge faster, as well as offer higher security that would further assist the auto industry with extricating from the dependency of fossil-fuels.

ProLogium Technology raised US$326 million (approx. NT$10.1 billion) from the latest round of financing in 2021, with investors including Primavera Capital Group, SBCVC, and other companies.

Both two-wheeled and four-wheeled EVs are currently hit with 5 major issues that are battery duration, lifespan, security, cost, and performance. The current leader of lithium-ion battery technology has got to be solid-state batteries, hence global auto manufacturers, including Mercedes-Benz, Toyota, and GM are all engaged in the development of the particular technology. As a result, Mercedes-Benz have joined hands with ProLogium Technology on developing auto battery systems that are safer and longer in lifespan by probing into solid-state batteries for automobile.

In addition, ProLogium Technology has also partnered up with electric scooter giant Gogoro to develop the first swappable solid-state battery prototype in the world. The new solid-state battery technology is likely to gradually enter mass production within the next 3-4 years.