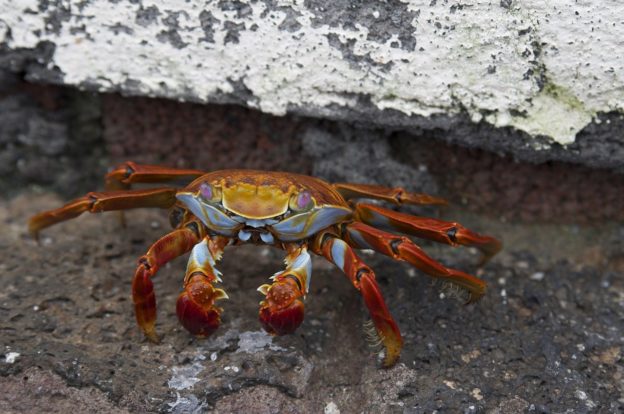 Aside from being delicious, crabs are also rich in protein and trace elements such as calcium, phosphorus, and zinc. A research team at University of Maryland has recently used crab shells to produce a zinc-ion battery that can replace lithium-ion batteries, as well as achieve recycling and cost effectiveness.

The penetration rate of renewable energy has been increasing on an annual basis in recent years, though green energy such as solar and wind power, due to their intermittence and unpredictable properties, require support measures such as energy storage systems and smart grids in order to ensure grid stability. However, lithium-ion battery energy storage systems are exorbitant in installation cost and are prone to fire hazards, where the polypropylene and polycarbonate diaphragms would take several hundreds or thousands of years to decompose naturally. Hence, apart from being dedicated to elevating security and environmental efficiency of lithium energy storage, scientists are also seeking for alternative batteries.

Zinc-ion battery is one of the alternative technology that has better security and possesses a certain degree of cost effectiveness. Liangbing Hu, Director of the Center for Materials Innovation at University of Maryland, commented that zinc has a much higher crustal content compared to lithium, and that zinc-ion batteries are also more affordable and safer at the same time.

With that being said, zinc-ion batteries are currently unsatisfactory in lifespan, and require further adjustments in chemical formulation, as well as seeking of new catalysts. The research team at University of Maryland has now attained new breakthrough by having developed a new and safe gel electrolyte that is different from the inflammable and corrosive liquid electrolyte used for traditional lithium-ion batteries, as well as a cathode for zinc-ion batteries formed with chitosan.

Chitosan is a derivative of chitin. Hu commented that chitin can be obtained from fungal cell walls, exoskeletons of crustaceans, and squid bones, and is more commonly found from the shells of prawns and crabs. As it is regarded as the waste of seafood cuisines, there is no concern on scarcity. According to the test, zinc-ion battery paired with the new electrolyte had performed exceptionally. Aside from preventing growths of dendrites, an efficiency of 99.7% can also be retained after 1,000 charging and discharging cycles under a high current density of 50mAh/cm.

Thanks to the research team’s eco-friendly battery design, 2/3 of the tested battery can be decomposed by microorganisms, while the chitosan electrolyte can be fully decomposed within five months, which then leaves the zinc element that can be recycled afterwards. The team, however, wishes that all components of zinc-ion batteries can be decomposed in the future.