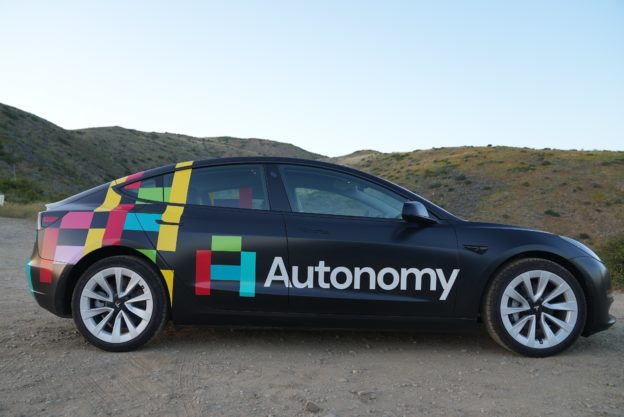 What kind of company buys 200 Teslas a week, and if it's not enough, it's ready to double down and buy more electric cars from more brands, including Lucid, Rivian, and Ford.

An American start-up, Autonomy, announced their new plan in January this year to buy 200 Teslas per week, aiming to reach 10,000 for the entire year. What kind of company is this?

It turns out that they are a company that provides online medium and long-term rental car services. Consumers only need to use the mobile app to complete procedures such as subscription, payment, and car pickup. Minimum monthly rent is US$490 (about NT$14,700), and maximum short-term leases are for three months, but a $4,900 deposit must be paid upfront, which will not be refunded until the end of the lease. Consumers can also opt for a higher monthly fee and pay a smaller deposit.

According to Autonomy CEO Scott Painter, market reaction has exceeded expectations. Even though they are currently buying about 200 new cars a week, there are about a thousand users lining up to rent a car at any time, usually waiting a week.

Most of the models currently rented are Model 3 and the company has been gradually introducing Model Y since this month. They are very popular. Even though the number of cars they buy seems to be a lot, it is still not enough. Therefore, they plan to expand the "bench depth" of models and purchase electric vehicles from other carmakers.

"Judging from the cars that Tesla can currently supply, we may only be able to buy 6,000 cars this year," Scott Painter said. They decided to cooperate with the dealer Auto Nation to purchase new cars from GM, Ford, Lucid, and Rivian in hopes of reaching 23,000 vehicles to meet user needs.

They are different from Hertz, the rental car company that previously announced a large number of Tesla purchases. Hertz only orders the standard white Model 3 but Autonomy basically buys what they have, from the standard version to the performance version, all the stock cars in rush production, and even customized vehicles that are temporarily cancelled by customers, Autonomy will not let them go and just buys them.

This kind of demand for medium and long-term rental of electric vehicles has unexpectedly emerged this year. Of course, many people are considering buying electric vehicles but they were worried that they would not be able to adapt. Therefore, renting for three months is indeed a good plan to get some in-depth experience. Secondly, due to the shortage of cars caused by supply chain problems, everyone who buys a car is waiting for a car. During this period, renting a car to drive is also a good alternative.

From the perspective of pricing, Autonomy’s solution is really attractive. For the standard Tesla version, the minimum rent for one year is about NT$40,000 per month. No wonder users who book car rentals are queuing up.