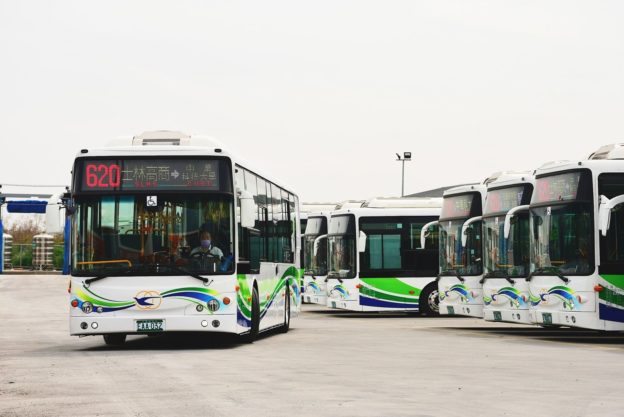 It looks like that the electric bus target of the Taipei City Government can only reach half way, since the new electric buses are unable to go on roads, and the reason lies on the inability of charging.

Taipei City Government is expected to attain 100% bus electrification by 2030. Initially planning to allow 400 electric buses on the road in 2022, the statistics of Taipei councilmen indicate that there are merely 173 electric buses on the road, and the subsidization from the government has also not yet opened for applications, which is quite possible in cancellation.

Taipei councilwoman Wang Hsin-I pointed out during an interpellation that the existing 49 electric buses are unable to operate on the road, and questioned the city government’s lack of preparation in supporting measures.

Chen Shyue-Tair, Commissioner of the Taipei Department of Transportation, responded that only t Minsheng and Fuyuan have encountered problems, and is currently coordinating with TPC.

MTC Bus commented that nine electric buses for the 262 route had obtained licenses last year, and are still unable to go on roads, whereas the 307 route that is regarded as the “king of buses” also has 40 electric buses that remain idled due to inability of charging.

Aside from replacing vehicles, bus operators have to also install charging piles when transitioning to electrification, but the problem is insufficient supply of power. From the experience of installing charging piles between Gogoro and Tesla, site selection and equipment are regarded as easy processes, and the hard part is applying for power supply licenses. The longest duration that took to obtain power was 6 months after construction was completed.

Take Tesla as an example, another 10 Superchargers are expected to be initiated this year, with most being completed right now, and are awaiting for power licenses. Compared to most Superchargers that are located in suburbs, it is harder to use power in urban areas, and even though Gogoro’s battery swapping stations are able to charge during off hours, they require a relatively long preparation cycle before power is obtained.

Under a rational scenario, buses can be fully charged during nighttime, though the battery of a single bus is sitting at nearly 300kWh, which needs a fast charging of at least 50kW for six hours of charging time. 40 electric buses for the 307 route equal 2,000kW of power, which is something that TPC should definitely be cautious about.

The Taipei City Public Transportation Office has now intervened in the matter, and hopes to urge TPC to assist through power task force that would facilitate power for these two areas. Operators are also coming up with solutions in dispatching vehicles to other stations for charging when there is no available power.