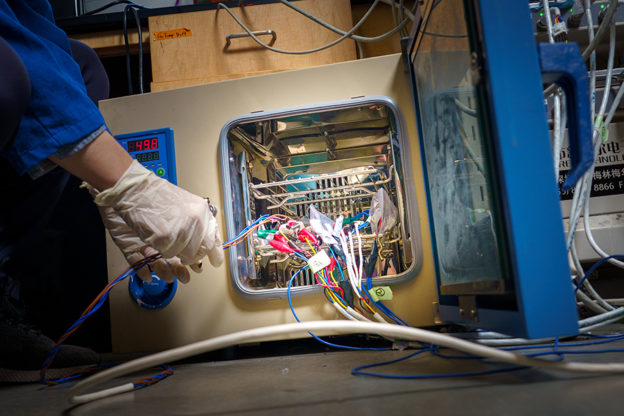 Many batteries cannot stand up to harsh weather conditions but recently American scientists have developed batteries that can perform well in extreme heat and cold, from up to 50°C to -40°C, and store a lot of energy.

Generally, the operating temperature range of lithium-ion batteries is 15°C~35°C. If the temperature is too high or too low, the battery will not work. In addition, the battery will release heat during charging and discharging. High temperatures makes the battery more likely to expand and explode. For electric vehicles, the importance of the battery cooling system and heat dissipation method is self-evident.

Especially in summer, the temperature of the road asphalt is very high. Zheng Chen, a professor of nanoengineering at the University of California, San Diego, said that the battery pack of an electric vehicle is usually located underfoot, closer to the hot road, and batteries in operation will also heat up due to the current. If batteries cannot withstand high temperatures, performance degrades rapidly.

The team's secret recipe is to use a heat-resistant and cold-resistant electrolyte, which is a mixed liquid solution of dibutyl ether and lithium salt. The characteristic of dibutyl ether is that it is not easily combined with lithium ions, so the electrolyte easily releases lithium ions during battery operation. Past research has also found that this weak molecular interaction can improve battery performance at sub-zero temperatures and that dibutyl ether also easily absorbs heat.