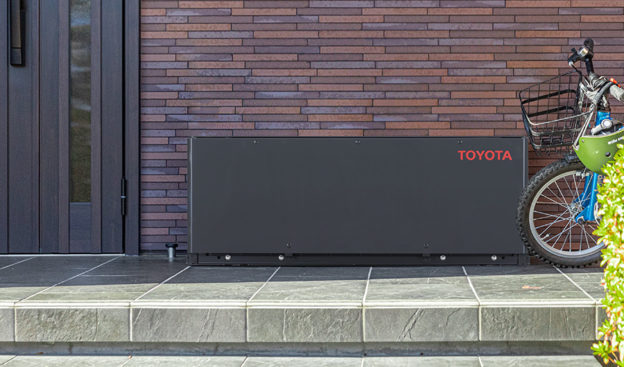 The home battery system market has seen a new entrant as Toyota announced its O-Uchi Kyuden System (おうち給電システム), a storage battery system for residential use. The system is available for pre-order in Japan, where sales will kick off in August.

The O-Uchi Kyuden System consists of a trunk-sized battery pack and bidirectional vehicle charger with a rated capacity of 8.7 kWh and output of 5.5kW. In addition to energy supply for everyday use, all-electric vehicles, hybrid cars and hydrogen vehicles, the system can store excess energy from a home solar PV system to ensure green energy supply at nighttime. Toyota claims that its patented EV battery technology enables the system to serve as a standby power supply in case of a power cut or emergency. 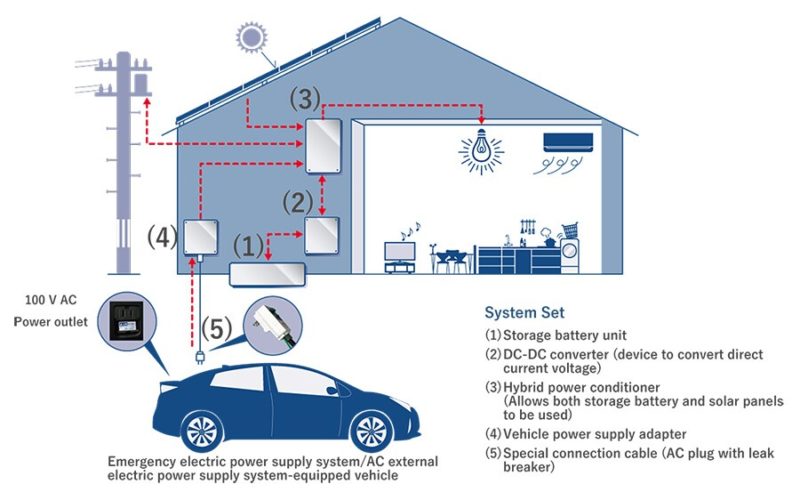 The Japanese automaker has thus become a new comer in the home battery system market, where Tesla and Ford have launched similar products. Specifically, Tesla’s Powerwall, which might be the most well-known, not only charges the Tesla vehicles but is capable of connecting home PV panels to an electric grid for energy use in homes. However, the Powerwall is not compatible with the V2G (vehicle-to-grid) technology, hence its inability to send excess EV electricity back to the grid.

Different from the said two systems, Ford’s battery system works by using the bidirectional power supply technology centering on electric trucks, whereby the stored energy can make a family’s life easier when a blackout hits. The extended range system powering Ford’s F-150 Lightning truck can capture energy of up to 131 kWh, much higher than Toyota’s 8.7 kWh and Tesla’s 13.5kWh (Powerwall+). Hyundai also plans to roll out its home battery system this year.

As the trend of vehicle and grid electrification grows, technologies involving energy storage and the use of EVs and microgrids to ensure stable power supply will move into the spotlight among businesses striving to save every single energy resource.