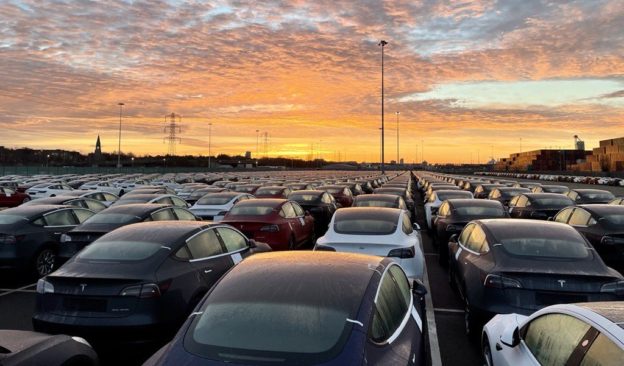 It sounds a bit unimaginable, but before the end of this year, the number of Tesla electric vehicles on the road will reach as many as 4 million.

In 2021, Tesla set a record high for the company in terms of vehicle delivery with a total of 936,000 vehicles. In the fourth quarter alone, 308,000 vehicles were delivered. Delivery speed will continue to accelerate in 2022, which may see as many as 4 million Teslas on the road.

Tesla has announced that its Texas plant will officially start production next week and its California and Shanghai plants have not stopped. Therefore, the number of vehicles delivered in the first quarter of 2022 be close to 400,000 vehicles, barring any unforeseen issues. In theory, Tesla’s Berlin plant will also be put into production officially and begin delivery this year. According to the most conservative estimate, Tesla will deliver 1.5 million vehicles in 2022.

Judging from their accelerating progress, delivering 1.7 million vehicles this year should be a reasonable estimate. In fact, were it not for the delays caused by political problems in its Berlin plant, Tesla would have a chance to sprint to the 2 million mark in 2022.

Elon Musk believes that it will take 30-40 years to turn all the world's cars into electric cars, specifically, 2 billion cars. Though 4 million cars are an achievement for Tesla, this is merely the first stepping stone to the ultimate goal.

In terms of the overall automotive industry, 2022 will still be shrouded in the shadow of supply chain issues. Due to the shortage of materials, it is estimated that the total production of vehicles by major automakers will be 8 million units short of 2021 targets. Although Tesla has rewritten its firmware so that the production capacity of Model 3/Y is not affected, Model S/X does suffer from supply chain issues.