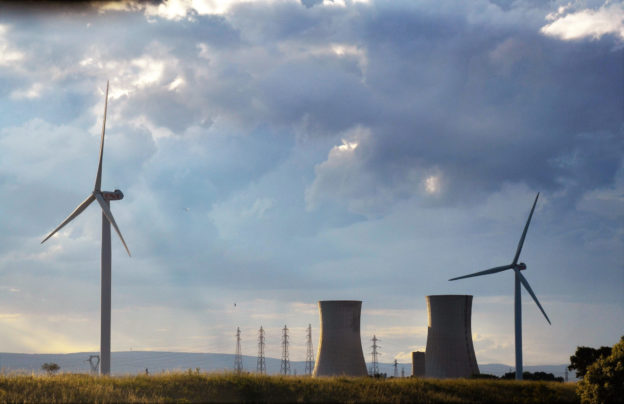 The European Commission will propose relevant regulations this month (January) to decide whether to include natural gas and nuclear energy in the EU’s "Sustainable Finance Taxonomy."

Economic activities in the Sustainable Finance Taxonomy must meet relevant environmental standards before they can be classified as green investment targets. The goal of this policy is to attract more private capital investment while also preventing companies or investors from exaggerating their environmental activism. In addition, as long as an investment target is included in the Sustainable Finance Taxonomy, there it is also the possibility of receiving more subsidies.

Therefore, "what can be included in the Sustainable Financial Taxonomy” has become the focus of attention. According to Reuters, the European Commission is planning to include nuclear energy projects, but there are also some provisos including requiring investment projects to list plans, funding, and sites for the placement of radioactive waste while and construction permits must be obtained by 2045.

It is worth noting that natural gas power plants are also included but carbon dioxide equivalent emissions must be less than 270 grams per kilowatt-hour (kWh), construction permits must be obtained before December 31, 2030, and there must be plans to switch to low-carbon gas by the end of 2035 in order to receive a green investment mark.

These decisions seem to run counter to the public's definition of "green energy" but Reuters reported that the reason the EU decided to put green marks on these two energy sources is because nuclear power and gas-fired power generation are "transitional" energy sources. Although they are not entirely sustainable or renewable energy, emissions are low and pollution generated is on par with the overall energy industry.

Therefore, in this context, it is actually necessary to include these solutions that are not completely green at first glance. In addition, not every nuclear energy and natural gas project is a green investment target since "strict thresholds" have been set. In the future, the EU and a group of experts will review this draft resolution. Any changes are possible before it is announced in late January but once it is announced and most of the member states and the European Parliament have voted in agreement, then this will be the policy of the EU after 2023.

In the past year, EU countries have been arguing about whether nuclear energy is green energy. Austria, Germany, Luxembourg and other countries have opposed nuclear power, and Germany has not looked back on the road to a non-nuclear homeland. However, EU countries including the Czech Republic, Finland, and France believe that nuclear power is the secret recipe for reducing carbon dioxide emissions. Although France will halve the use of nuclear energy in the next few years, 70% of its electricity currently comes from nuclear energy.

German Federal Minister of the Environment, Nature Conservation, Nuclear Safety, and Consumer Protection, Steffi Lemke believes that this proposal is fundamentally "greatly wrong" and added that nuclear energy may cause environmental disasters and create large amounts of nuclear waste. Lemke stated bluntly, this is merely helping to "greenwash" nuclear power and dilute other sustainable technologies.

Another environmental group also pointed out, although carbon dioxide emissions from gas-fired power generation are half that of coal-fired power generation, it is more important to pay attention to methane leakage from natural gas equipment. Methane is a more serious greenhouse gas than carbon dioxide. An EU consultant further indicated previously that the carbon dioxide equivalent emission limit should be set at 100 grams per kilowatt-hour (kWh). Co-chair of the Greens-European Free Alliance Philippe Lamberts stated, as the primary market for sustainable finance the EU will endanger its credibility if this policy passes.