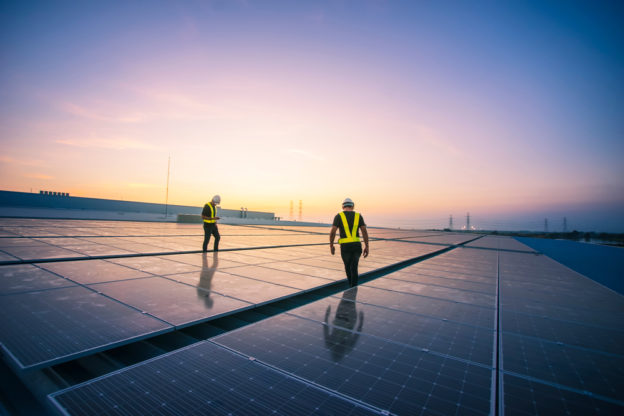 As foreign media reported, China is now relentlessly establishing gigantic renewable power plants, the scale of which equals all of the wind and solar power in India with a capacity of around 100 GW.

Last month, a news report on Sina (twitter equivalent in China) with unspecified sources revealed that the second largest economy is planning to build a 400GW renewable energy project comprising wind and solar power in the western region, mainly in the desert. The project will be established along the existing and planned ultra-high-voltage lines. The complete view of the project—expected to be finished by 2025—will be showcased in a major international event in the near future. Renewable energy and related equipment stocks soared shortly after the news was posted.

Leaving aside the question of whether China can construct a 400GW energy project, the first phase construction, involving 100GW wind and solar power, has far surpassed the sum of wind and solar power in India regarding generation capacity. The number is even four times the capacity of The Three Gorges Dam, which is only 21GW.

However, information on the energy plant remains unclear, including the exact location, environmental impact, and wind and solar power equipment layout. Xi emphasized that China will continue adjusting the country’s industrial and energy structures by endeavoring to develop renewable energy projects and accelerating the construction of large wind and solar power plants in desert areas.

Concerning environmental impact, Xi added that the government will strive to protect biodiversity. Specifically, China is establishing an environmental protection system centering on national parks and has pledged to spend 1.5 billion yuan on creating the Kunming Biodiversity Fund. Nevertheless, Xi did not mention the country’s climate actions in detail but only reiterated that, under various complimentary measures, carbon emissions from essential industries and sectors will peak in 2030 and gradually decrease.