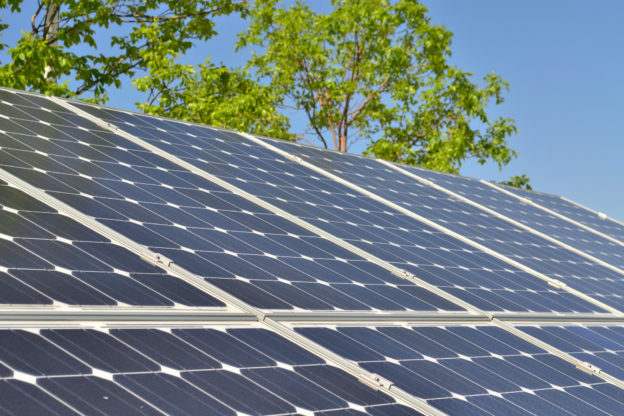 The EU hopes to recover the economy from the slump that was derived under the COVID-19 pandemic through an EU€700 billion financial stimulus package, and the European Solar Manufacturing Council (ESMC) believes that EU€20 billion of that figure should be allocated to the solar industry to support the local solar manufacturing.

Europe was once a strategic solar location, though a red supply chain has been established in China from the emergence of the solar manufacturing in the country, as well as under the cultivation of the government and low price competition, and China has become the production core for raw materials, cells, and modules of solar by having achieved a module capacity of 124.6GW in 2020. A number of non-Chinese solar suppliers have decided to fade out from the market, and the flourishing status of the European solar market is no longer present, which is currently driven by small solar suppliers.

As pointed out by ESMC, Europe only autonomously produced 11% of silicon, 1% of ingots and wafers, 0.4% of solar cells, and 4% of solar modules in 2019, which occupied 15% of the demand in Europe, with the rest being imported. The demand for solar is currently on a rise amidst the implementation of renewable energy, energy transformation, and the stipulation of new policy from numerous European countries.

Hence, the ESMC believes that EU€20 billion of the EU€700 billion revitalization budge should be allocated to the solar industry in establishing solar manufacturing plants and relevant infrastructures, researching and developing new products, and planning for special budgets. Approximately 37% of the EU€700 billion will be used on clear energy, and the member countries of the EU will be deciding the utilization of this fund at the end of this month.

ESMC commented that the European solar industry has been getting the short end of the stick due to the lack of strategic planning prioritized on the politics, and believes that a strong solar industry chain needs to maintain on a high level of elasticity, while also hopes to subvert the status quo and offer new opportunities, as well as once again grasp on the autonomy of energy transformation.

The COVID-19 pandemic has prompted various countries to not depend excessively on imports, where maintaining a stable supply of power and ensuring the source of power have also become emphases of economic development and are closely related to national security. The importance of having regional and local solar value chains is self-evident, for which ESMC also believes that Europe will have to fulfill at least 75% of solar demand, and export 2/3 of Europe-made solar products in the future.

If everything goes according to the plan, Europe will establish 60GW of production capacity in 2026, while also create a market value of EU€50 billion and 178,000 job opportunities compared to the current trade deficit of solar cells and modules at EU€10.5 billion.

How are traditional European solar suppliers going to make a comeback when the popular solar products, such as mono and multi-Si solar, are produced in China, and that the production of solar cells is a high pollution industry that requires a sizeable degree of recycling and disposal procedures? ESMC believes that the ever-changing solar technology is marching towards a higher conversion efficiency, and these traditional European solar suppliers still have about 2-4 years of time to reestablish the solar industry chain as PERC cells are gradually shifting to HJT or TOPCon cell technology.