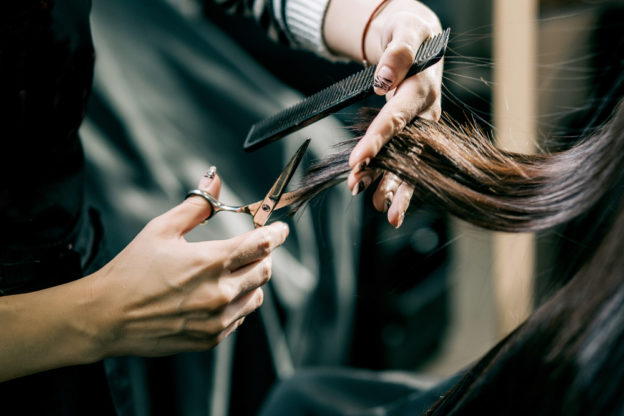 Can strands of discarded hair on the barbershop floor become a key material for improving the stability of perovskite PV cells?

In the recent decade, the next-generation PV cells made from perovskite materials have been making rapid advances with respect to raising the conversion efficiency rate. Presently, perovskite cells are outperforming mono-Si cells that have become popular in the market. Perovskite cells on the whole have reached a conversion efficiency rate that exceeds 25%. Hence, they are among the leading cell technologies in the solar sector.

However, there are still some hurdles that perovskite cells need to overcome in order to enter commercialization. Specifically, they are not as stable and durable as the mainstream c-Si cells. The perovskite layer degrades when come into contact with moisture. Resolving this major issue would be a huge step forward in launching perovskite cells into the market.

Led by Professor Hongxia Wang, a team of researchers at Queensland University of Technology (QUT) discovered that carbon nanodots made from human hair can be used to improve the stability of perovskite PV cells. The team published its study on this topic in the Journal of Materials Chemistry A this March. Wang told news reporters that stability and production scale-up are the two main challenges in the development of perovskite cells. Currently, stability and the related issue of longevity represent the biggest obstacle. Wang said that perovskite cells need to maintain normal operation for at least 20 years (compared with the mainstream c-Si cells that have a lifespan of 25-30 years).

She also noted that most, if not all, prototypes of high-performance perovskite cells have been tested in a controlled environment where there is a low level of moisture and oxygen. Furthermore, these prototypes have a very small surface area. This indicates that they will not become market-ready in the short term. Hence, it will take some time before the perovskite technology formally enters the commercialization phase.

A lot of research has already been done on improving the stability of perovskite cells. Around the same time when Wang’s team published its study, another team composed of researchers from National Taiwan University and the Los Alamos National Laboratory Nanotechnology Center completed the development of a perovskite PV module that has a conversion efficiency rate of 16% and can retain 90% of its initial performance for 250 hours of operation.

The study from Wang’s team builds on another research project at QUT. Last year, a teams of researchers from QUT and Griffith University developed a method for turning human hair into carbon nanodots. The researchers from QUT were working on flexible OLED displays, and they hit upon the idea that human hair has a large amount of carbon and nitrogen. These two elements are the key ingredients in making light-emitting particles of OLED displays.

The QUT-Griffith team turned hair into nanodots by heating up the hair scraps from barbershops to 240°C. The proteins of the hair are transformed during the process, and the ash or leftover material has carbon and nitrogen embedded in its molecular structure. The carbon nanodots derived from the leftover material are about 10nm in size. They are then scattered in a polymer so as to form small groupings or “islands”. This combination, in turn, can become the active layer of an OLED panel.

The research on carbon nanodots attracted the interest of Wang’s team because of the possible results that could come from combining this material and perovskite. In doing so, the team found that the nanodots form a “wave-like layer” on top of the perovskite layer. Wang said this coating is like an “armor” that protects perovskite from moisture and other environmental factors that can cause degradation.

According to the study from Wang’s team, the addition of carbon nanodots not only enhances stability and performance but also increases the conversion efficiency rate. Since hair is plentiful and easily obtainable, carbon nanodots derived from this raw material have the potential to become a sustainable and low-cost solution for the manufacturing of perovskite cells in the future.