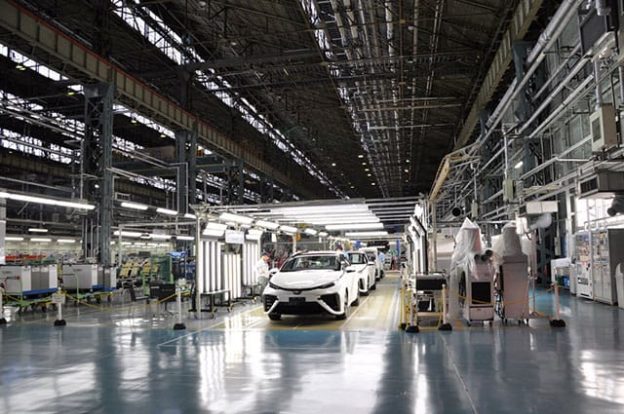 The shortage of automotive chips is now further exacerbated after the fire incident at Renesas, and the three prominent Japanese automotive manufacturers are preparing to reduce production accordingly, where even Toyota is unable to guarantee on the production capacity.

Renesas is expected to recover its production capacity in mid-July at the earliest after the fire incident, and the Japanese automotive industry is now prepared for a prolonged scission in supply, with a reduction in production planned at the same time.

The series of incidents have aggravated the shortage of automotive chips. Nomura Holdings forecasts that the short supply of chips in Japan will result in a void comprising of 1.6 million units of vehicles around the world during the second quarter this year, which is equal to a decrement of production volume at about 7%.

“We are certain that the existing level of chip inventory is able to last until June, and we are unsure what will happen after that”, commented a certain supervisor at Toyota, who further expressed, “we expect Renesas to take a while before a full recovery, and there is nothing else we can do right now other than lowering the production volume”.

“Some of our models will be hit with a production crisis starting from the end of April”, commented a manager at Honda, who said that automotive chips usually have 2-3 months of inventory, though each model uses different chip, and not all models are backed with such level of components.

Nissan is also bearing the brunt of the impact, and is bound to decrease production if the company is unable to replenish chip supply during the second quarter.

“It is extremely difficult to return to the initial supply capacity within 3-4 months, and automotive manufacturers should plan for corresponding strategies based on a duration of 6 months”, an Itochu Research Institute analyst pointed out. The severity of the fire incident at Renesas has exceeded far beyond Japan. Take Continental as an example; the German automotive component and part supplier primarily purchases from Renesas, and serves as a critical component in the supply chain for European and US automotive manufacturers.

This circumstance is expected to derive damages to the economic development of Japan, since exports of vehicles account for 18% of the total export value for the country, whereas exports of automotive components also occupy 15%.

The predicament of chip shortage may not be alleviated within the short term amidst the fire incident in Japan, the storm in Texas, and the water scarcity in Taiwan.