While there is an increasing number of electric vehicles, numerous large-sized machines are also prepared to enter the electrification era. In addition to the previously mentioned electric excavators and pallets, Liebherr has introduced another sizeable product this time, which is an electric crane.

Swiss heavy machinery manufacturer Liebherr is the largest manufacturer of cranes in the world, and apart from the renowned reputation in the construction industry, its Tankzilla also serves as the transporter for SpaceX rockets.

▲Liebherr 11000 crane is responsible for the transportation of SpaceX rockets. (Source: StarshipBocaChica)

The king of cranes has decided to penetrate the new market by developing the battery electric crane LR 1250.1, which not only operates on site while plugged in, but also functions through the power of the battery, with no deviation in performance compared to the diesel model, where the only difference lies on the continuous operation time of merely 4 hours under battery mode.

LR 1250.1 would operate while plugged in for the majority of time considering the requirements of construction sites. The electric crane can be charged from a power of 20~80kW, and adopts a NMC battery unit that contains a capacity of 196kWh and a maximum output of 255kW. 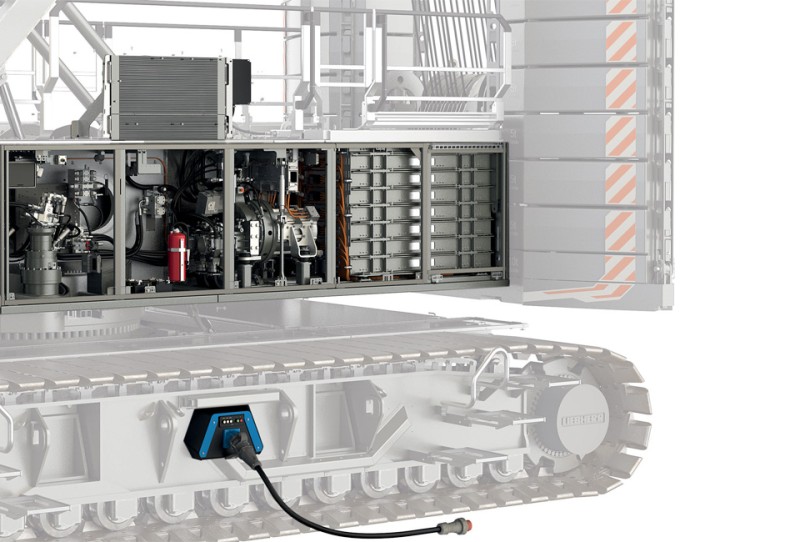 ▲Perpetual operating hours is achieved when plugged in.

This electric crane uses the exact identical accessories to its diesel counterpart, which makes it possible to achieve a maximum working height of 112m through a collocation of components, and suspend as much as 250 tons of objects under different angles through varied load arrangement.

For on-site workers, electric machines are able to drastically reduce air pollution, and the substantially lowered noise level will also provide a better working environment. For companies, electric machines have decreased the cost of maintenance and overhaul, and offer better long-term benefits in contrast to diesel models. 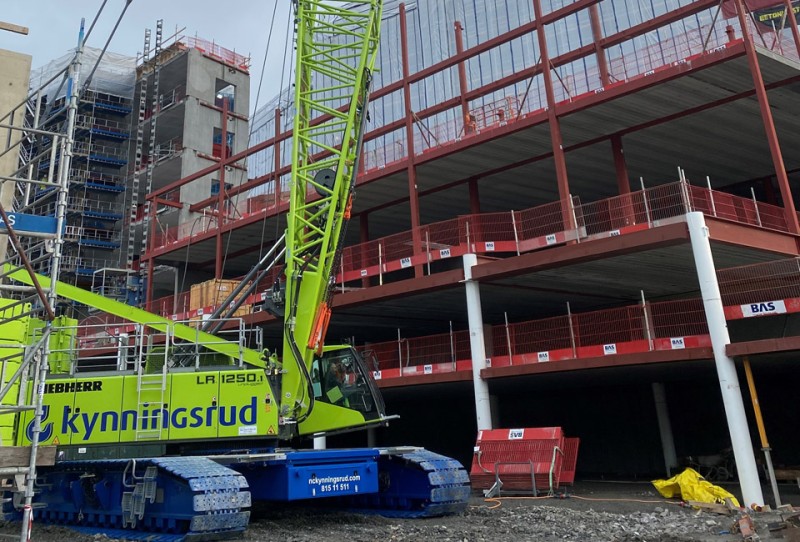 ▲This LR 1250.1 electric crane in Norway has begun operation.

However, as above so below, this electric crane also comes with flaws. Electric machines are generally more expensive than diesel variations, and that construction sites will have to prepare sufficient degree of power for this beast of power consumption.

A number of construction companies have purchased LR 1250.1 and begun its commission, including Kynningsrud Nordic Crane from Norway and Select from the UK. Oslo, capital of Norway, aims to transform into a city of zero fossil fuels by 2030, thus the local induction of battery electric machines is a relatively essential implementation.

A significant level of infrastructure demand will occur in the EU in the future alongside the common stipulation of sustainable targets, thus construction companies are more likely in winning tenders of public construction should they lower on carbon emission in each segment, which is an important opportunity for the European market as well.

Electric machines are indispensable since they are required when Musk establishes stations in Mars, and Liebherr may become the first tool supplier for the Mars colony.