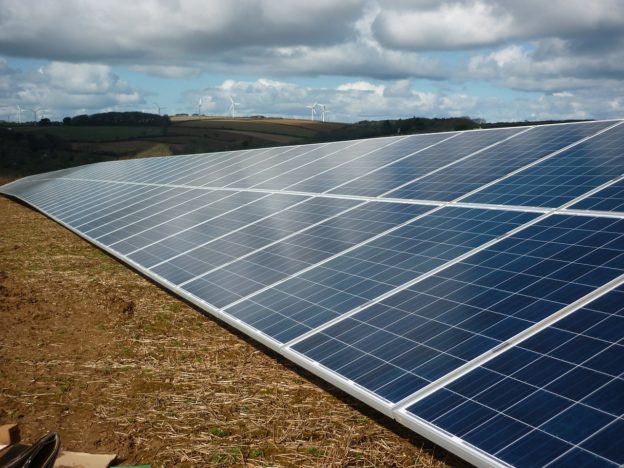 The market for PV products on the whole has been booming thanks to various market and policy trends worldwide. As a result, there is now an undersupply of production materials such as module glass and silicon wafers. This development will affect shipments of PV modules in the short term.

Leon Chuang, global marketing director of Risen Energy, said that module glass manufacturers are raising output and production capacity. However, it will take around two years to fully activate the newly added production capacity. Risen Energy is a Chinese manufacturer of PV modules. The spot price of module glass was US$3.35-3.96 per square meter in the May-June period of last year. It has about doubled since then.

There is a supply crunch for polysilicon as well. EnergyTrend, the green energy research division of market intelligence firm TrendForce, says in its latest analysis that two more major players out of a total of 11 operational polysilicon producers from China suspended production lines for maintenance in December last year. The major producers are those with a production capacity that reaches the level of 10,000 metric tons. The smaller producers have also been undergoing maintenance and are not operating at full capacity. Consequently, the overall polysilicon supply has been reduced by at least 34,000 metric tons. Regarding the situation in the fourth quarter of 2020, China’s production capacity for polysilicon was at the level of 104,000 metric tons. On average, two Chinese producers were in the maintenance mode every month. Although the polysilicon market remained in undersupply, the situation did improve from the third quarter.

Silicon wafers and module glass are respective key materials for PV cells and modules. The majority of cells that are sold in Taiwan are domestically produced, but the local cell and module manufacturers on the island depend on foreign imports for materials. Hence, the shortage of glass and wafers will impact product shipments from many module manufacturers in the short term. TSEC, which is a major solar enterprise based in Taiwan, has stated that it has locked in its monthly supply of module glass by arranging annual contracts with a prepayment plan.

Taiwan is not the only regional market affected by the shortage, and foreign media outlets have reported that the lack of module glass from China is driving up prices of imported modules in India. The cost of imported modules in the Indian solar market has risen by 22% since last June. Besides the undersupply of production materials, the cost hike is also attributed to the COVID-19 pandemic and the trade barriers that the Indian government have erected against Chinese imports. With modules getting more expensive, developers of local solar projects in India have pushed back their schedules. However, this action could incur more costs for project developers down the line.

According to industry analysts, Indian manufacturers of PV products have witnessed a massive surge of 150% in the price of imported module glass panels over the past six months. Manufacturers of glass panels and analysts have pointed out that China’s production capacity for PV modules is being constrained by the lack of module glass, and the supply crunch will persist to the middle of 2021. In particular, demand far exceeds supply for large-size module glass panels due to the growing popularity of large-size modules and bifacial modules. The demand and production capacity for these kinds of products is expected to keep rising in the future.