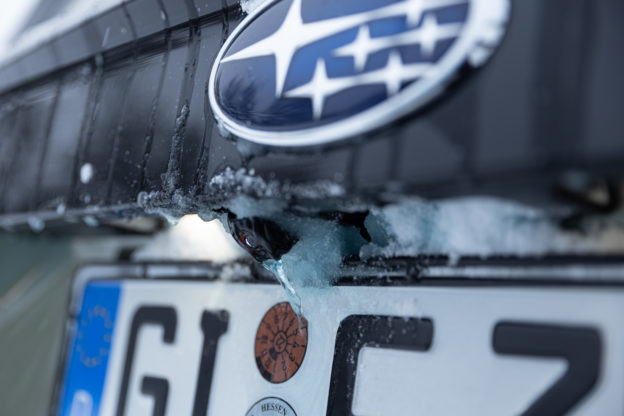 Major Japanese carmaker Subaru has announced via its European subsidiary that it will launch its first battery-electric vehicle in the European market in 2021. This vehicle will be a medium-size SUV and adopt an electric powertrain platform that was developed by Toyota.

According to reports from various media outlets, Subaru’s European subsidiary confirmed on December 14 that an all-electric model under the Subaru brand name will arrive in the European market sometime next year.

It is not surprising that Subaru has chosen medium-size SUV as the form factor for its first battery-electric vehicle. There are speculations that the size and design of this electric SUV will be similar to the well-received Subaru Forester. The electric powertrain platform is Toyota’s e-TNGA, which is being adopted for many models under different brands.

In the European Union, the regulations on CO2 emissions from vehicles are becoming increasingly stringent. This forces carmakers to expand their electric and hybrid offerings. Subaru has already released a hybrid variant for each of its three core models (i.e., the Forester, XV, and Impreza). It should be pointed out that Subaru has developed its own hybrid powertrain platform called e-BOXER. The hybrid variants of the three core models all feature this platform. By promoting hybrid models, Subaru has been complying with the emission regulations of the European Union.

However, the allowable amount of the CO2 emission from a new vehicle operating in Europe will be significantly lowered next year. The carmakers that will still be selling mostly fossil-fuel vehicles in the region by that time will face hundreds of millions of euros in fines. Alternatively, they will have to purchase emission credits from their competitors. Neither option will be satisfactory. With the market situation becoming more challenging, Subaru is now in a rush to launch battery-electric vehicles.

Regarding its performance in Europe, Subaru has been posting vehicle sales of only 30,000 to 50,000 units annually. Therefore, Europe will be a source of financial loss for the carmaker if it gets penalized for selling mostly fossil-fuel vehicles.

Toyota has a 20% stake in Subaru, so the launch of the new SUV next year will also be an opportunity for Toyota to test the waters for the e-TNGA platform.

Here in Taiwan, the regulations on CO2 emissions from vehicles are fairly lax compared with Europe. As a result, Subaru has not offered even one of the hybrid variants from its line-up to the consumers on the island. However, there are reports saying that the Forester e-BOXER could appear in Taiwan next year.

When talking about Subaru, those who have some knowledge about cars probably bring up the carmaker’s sedans and achievements in rally races. If Subaru can truly take advantage of the ability of an electric motor to instantly reach maximum torque, then there will be much excitement over the future releases of its electric cars. Among Subaru’s competitors, Ford is offering electric cars that are similar with respect to design and performance. Ford is also touting that its electric cars have an edge in durability and safety. Nevertheless, whether consumers will embrace electric variants of popular car models is something that remains to be seen.