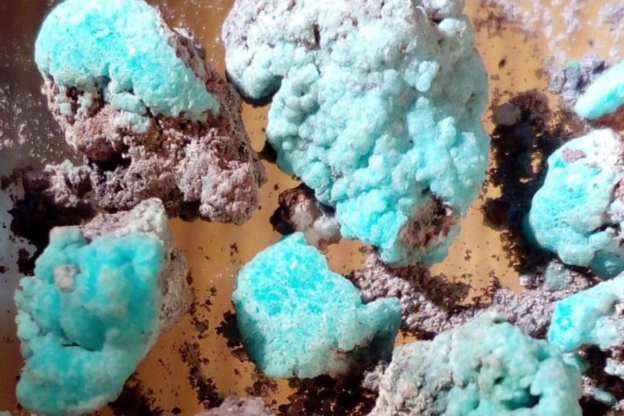 The miraculous sky blue-colored mineral, known as petrovite, is perhaps the key to speeding up the commercialization of sodium-ion batteries.

As the dominant battery on the market, lithium-ion batteries are used in a variety of everyday electronics ranging from smartphones to EVs, but as the demand for batteries increases by the year, manufacturers and scientists alike are confronted with the challenge of ensuring an adequate supply of battery materials, such as lithium, cobalt, and nickel. It has become readily apparent that a more economical and environmentally friendly alternative is desperately needed.

However, sodium-ion batteries are still a long way from commercial viability, mainly because sodium ions deposit a layer of inert sodium crystals onto the battery cathode during the charge-discharge cycles, thereby rendering the battery itself unusable after a short while.

In light of this, a research team from St. Petersburg University found a potential solution on the Kamchatka Peninsula in the far eastern end of Russia. A total of 28 volcanoes are located on the peninsula, with Tolbachik recorded as having eruptive activities during the 1975-1976 and 2012-2013 periods. The team found tens of special minerals at Tolbachik, with some minerals being unique to the area.

In particular, one of the minerals found by the team is Na10CaCu2(SO4)8 (petrovite), composed of sodium sulfurs, coppers, sulfurs, and oxygen atoms. Scientists are placing high hopes on this newly discovered mineral, as it contains a unique porous framework that allows sodium atoms to freely pass through and possibly become an ion-conductive material that is the cathode of the sodium-ion battery.

Professor Stanislav Filatov from St. Petersburg University indicates that the biggest problem with this material is the lack of transition metal (copper), so the research team will attempt to synthesize a substitute compound in the future.

Although sodium-ion batteries are still a long way from graduating from the lab into the certification stage, petrovites have become the future focus of sodium-ion battery development, while being a material with intrinsic investigative worth.