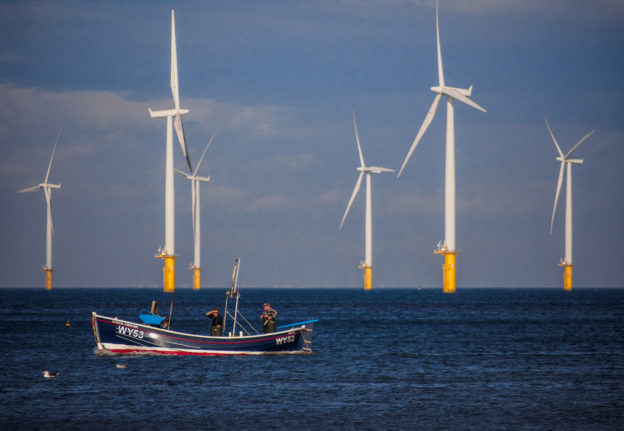 The Trump Administration’s latest decision to extend the earlier moratorium on offshore drilling along the US East Coast will certainly affect the oil and gas industry that has been the administration’s traditional ally. At the same time, the decision is expected to impede the growth of the offshore wind industry.

The offshore moratorium, which prohibits developments in the waters off the coast of Florida, was originally set to expire in 2022. However, the Trump Administration issued an executive order in September that extends the moratorium by 10 years to 2032 and expands the scope of coverage to include the coasts of Georgia and South Carolina. In the future, offshore drilling for exploration and production of fossil fuels is prohibited across a large swath of the East Coast and Gulf of Mexico.

The Trump Administration stated that the reason behind this decision is to address the calls for greater environmental protection from the domestic electorate. However, the same government also approved the plan to open up Alaska’s Arctic National Wildlife Refuge for oil and gas drilling in mid-August. Therefore, this newfound concern for the environment and conservation is rather puzzling.

The new directive against offshore drilling may more have to do with nimbyism, as Trump also said that the ban also applies to the construction of offshore wind farms. For now, there is no official injunction on the development wind projects in the areas in question.

An email from Tracey Moriarty, spokesperson for the Bureau of Ocean Energy Management, states that all offshore leasing agreements related to energy development in the waters protected by the moratorium will have to be withdrawn by July 1, 2022. There is no discrimination between fossil fuels or renewable energies. However, the latest order will not affect the existing offshore energy leases off the coasts of Virginia and North Carolina. This surprising move by the Trump Administration will have a ripple effect across the offshore wind market of the US. The ban, in particular, represents a major setback for those exploring the potential for offshore wind development along the shores of South Carolina.

Even though offshore oil drilling companies and offshore wind developers reside at the opposite ends of the energy spectrum, they are brought together in opposition to the updated moratorium. Erik Milito, president of the National Ocean Industries Association, said that the order from the Trump Administration imperils “tens of thousands of additional jobs and billions of dollars of investments” that depend on prospective offshore wind leases in the Carolinas.

Milito added that millions of dollars have already been committed to developing wind projects in the waters of Virginia and North Carolina, so there is no sense in severely restricting the geographic scope of development along the Atlantic coast. The expanded and extended moratorium not only represents “a missed opportunity” for economic development in general but also slows down the momentum of growth and innovation in new energy industries.

According to a recent report from Wood Mackenzie, sales of offshore wind leases in the waters next to the Carolinas in 2020 or 2021 could provide 37,000 jobs, US$3 billion in wages annually, and more than US$44.9 billion in capital investment. The report also projects that the total generation capacity of offshore wind power resulting from the sales of those leases will reach 11.5GW.

Milito bluntly stated that an unpredictable and constantly changing regulatory environment will kill interest in developing offshore wind projects on the US East Coast.