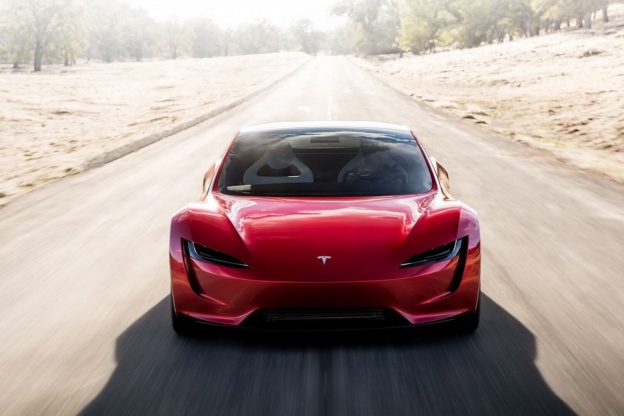 Since Tesla was established, its unique business model has been one of the root causes of its marvelous success.

For a long time, Tesla's unique and winning business model has rarely been mentioned by the media. Let's look at this business model in 2 aspects: creating values for users and making money from users.

When it comes to creating values for users, there are four major areas where Tesla often performs better than its competitors.

First, Tesla is one of the few car makers in the world that provides free software upgrades to its vehicle customers. Take its over-the-air feature (OTA) as an example. Tesla constantly pushes new OTA upgrades to improve its vehicle's functions for free. In contrast, other traditional car giants typically raise their prices after adding new functions to their car models.

In terms of user value, Tesla's uniquely disruptive business model is far better in the car making industry than the other brands.

These values aren't "soft" values like the fun of driving and sustainability. Rather, they are hard values that are visible and can directly benefit users. Of course, by the time its driver-less function is fully enabled, the Tesla vehicle's added value will at least be 6 digits.

The main focus of the industry is no longer on which car brand has the strongest specifications, the longest battery life, the lowest power consumption, or the fastest charging speed. Whether a car manufacturer uses an internal combustion engine or an electric motor is also no longer relevant. Rather than competing on specifications, the car making industry, under the influence of Elon Musk, is shifting its focus to business models. Tesla's unique business model has changed the game.

The best proof for Tesla's successful business model is its ultra-high market value.

To be specific, the value of Tesla's vehicles is getting better compared to its rival brands. Although Tesla's recent sales per year is lower than 500 K cars (its 2019 sales were 367.6 K cars.), its total car ownership value is continuing to grow. In ten years, it is estimated that Tesla will bring dozens to thousands or even hundreds of thousands of US dollars worth of value to its car users. The other car makers are currently unable to match that.

Another noteworthy area that separates Tesla from its rivals is its willingness to freely offer hardware upgrades. An example of this is its latest full self-driving (FSD) chip.

Tesla's major revenues are not necessarily from aftermarket part sales, maintenance, or new-car sales. Rather, Tesla mainly depends on the frequently-upgraded-software oriented ecosystem.

Let's first take a look at the traditional car makers' business models from the perspective of new-car sales and aftermarket part sales. Then, in comparison, Tesla's business model will be explained from this aspect.

The majority of the consumers are fond of the new and tired of the old. Therefore, most car makers will mildly adjust the features and functions of their new car models in order to lure consumers to buy new cars. This business model has lasted for more than 100 years. The consumer psychology mentioned above is the key factor for marketing and advertisement from car makers. Car makers can often make profits from new cars. After the depreciated old cars are re-sold, the new parts' sales and maintenance are sources of income, too.

It would not be an exaggeration to say that the traditional car industry chain heavily depends on the aftermarket's services and repair jobs.

Unlike the traditional car makers, Tesla didn't follow the business model above. Rather, it has decided to build hardware that can be constantly upgraded with software. In other words, Elon Musk has decided to make a perfectly-integrated IT structure for its cars, which are built to be computer-oriented. Each Tesla car is mainly defined by its upgraded software version, not the year that its hardware was built.

Tesla's car is a pure electric vehicle, which is different from a traditional fuel vehicle. An EV’s mechanical structure is relatively simple, and the working environments for its components isn't so tough. Thus, the need to maintain and repair occurs less frequently.

As a result, Tesla's total cost of maintenance and repair is much lower than that of traditional fuel cars.

After Tesla removes its biggest potential cake of aftermarket revenues, how exactly will it be able to profit?

In addition to manufacturing cars and operating charging stations, Tesla also sells software, home chargers, automotive insurance, solar cell panels, and energy storage systems. All of these products are required to be backed by Tesla software. Software is trending, and its price can be high. Thus, Tesla's software-backed ecosystem's profits can grow much higher.

Tesla has built its highly-profitable ecosystem with fans and loyal customers. When a customer buys a product, he or she is highly likely to buy other products in the ecosystem.

In addition, Tesla's innovative technologies of vehicle making and battery designs cannot be copied by competitors without permission. This gives Tesla some protection against infringements. Tesla will be able to increase its competitiveness and profitability as the costs of batteries and manufacturing fall.

Even if you don't care about a car’s peripheral services or products, Tesla still deserves your attention. In terms of long-term ownership, Tesla's car costs and user experiences are superior.

Assuming the electrification trend is not reversible, the sales of electric cars could reach as high as 1.33 billion units. This market scale will be enough to sustain Musk's company for several decades. Besides, automotive related data collection and in-car entertainment (ICE) are already new categories of profitable business. Hence, Elon Musk might be able to raise profitability to as high as 90% in the future.