Inspired by Compound Eyes of Insects, a Saudi-US Team Develops a Solar Cell That Is Shaped Like a Disco Ball and Can Achieve a Much Higher Output than Standard Flat Cells
2020-06-28   |  Editor：et_editor  |  83 Numbers 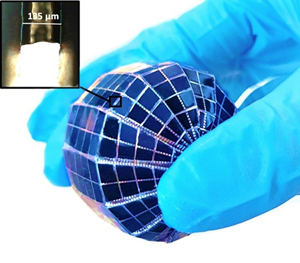 Compound eyes, which comprise hundreds to thousands of individual photoreception units (or smaller “eyes”), are peculiar to arthropods such as insects and crustaceans. With these intricate organs, ants and houseflies can see things in a much wider angle compared with other animals and instantly detect even the slightest movements in the environment. Apparently, scientists and engineers working in the field of solar photovoltaics (PV) have been inspired by this wonder of the natural world. They now have developed a wholly spherical PV cell that can capture more sunlight. Like a disco ball that hangs from the ceiling of a nightclub, it can achieve a power output that is up to 101% greater compared with conventional flat PV cells.

The concept of a spherical PV cell was realized by a team of researchers from the following three institutions: King Abdullah University of Science and Technology (KAUST), the University of Jeddah, and the University of California, Berkeley. The former two are located inside Saudi Arabia. The team stated that houseflies and sunflowers are the key influences on their design. Nazek El-Atab, who is a postdoctoral researcher in microsystem engineering at KAUST and a member of the research team, pointed out that the compound eyes of a housefly have a viewing angle of about 270 degrees, while the head of a sunflower always faces the sun as it moves across the sky. The unique abilities of these two organisms ultimately serve as the conceptual basis in the development of a new type of PV cell with a much larger capacity to absorb sunlight.

The cell configuration of the spherical cell is known as interdigitated back contacts (IBC), and the method to fold the cell into a 3D sphere is known as the corrugation technique. Due to its shape, this device does not need a solar tracker in order to receive the maximum amount of direct sunlight during the day. Depending on the materials that are used to build the cell and the environmental conditions, the spherical design can generate around 15% to 100% more power than conventional flat cells. The research team has conducted a study on the performance of its spherical cell and found that the conversion efficiency rate of the device reaches 18.93%.

Realizing the spherical design for PV cells is very tricky. The corrugation technique implemented by the research team involves etching alternating grooves on a flat monocrystalline cell. The grooves, which have a width of 130 micrometers, allow the cell to be folded into a ball. The technique only affects a small part of the surface area of the cell, so the impact on the power output is very limited. Also, the IBC configuration adopted by the research team complements the spherical design because there are no front-surface fingers that can take up more surface area. To reinforce the whole 3D structure, the research team has coated the cell with polydimethylsiloxane. 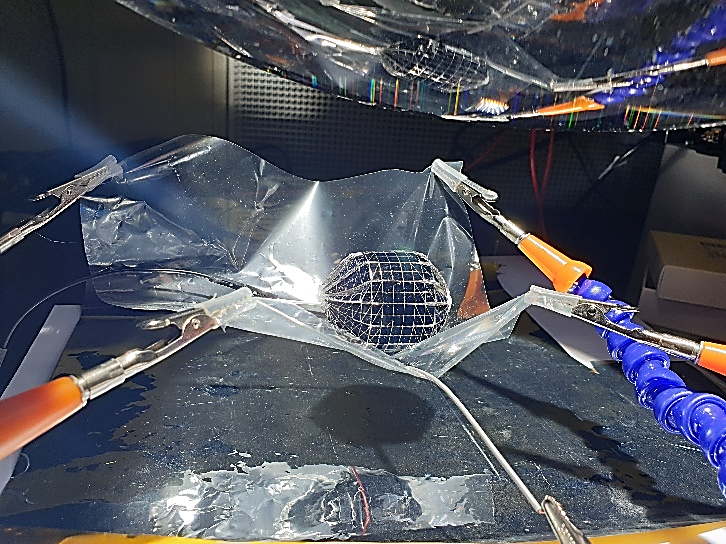 The research team said that the spherical cell is one of the new and exciting engineering possibilities in the solar industry. Generally speaking, PV cell manufacturers raise the efficiency of their products mainly through the adoption of more advanced but also costlier materials and fabrication processes. However, the team in its study concludes that better designs can lead to a higher output without resorting to high-cost technologies.

Speaking on this subject, Liu Zhe, who is a postdoctoral researcher in solar engineering at the Massachusetts Institute of Technology (and not a member of the Saudi-US research team), pointed out that the spherical design for PV cells will unlikely replace the standard tile design anytime soon. However, it might be suitable for some niche applications. Liu actually has a colleague that wants a PV cell designed to cover a whole golf ball. Various tracking devices and sensors can then be equipped inside such solar-powered golf ball. Liu also said that the corrugation technique can be employed to make curved solar panels for buildings, cars, and even mobile devices.