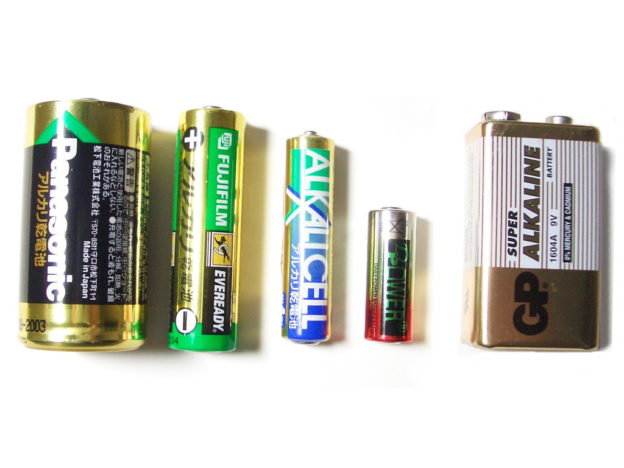 Single-use batteries (or primary cells) continue to be the mainstream battery technology that powers a wide range of electronic devices and household appliances such as TV remotes, portable radios, and kids’ toys. However, their convenience often results in them being discarded carelessly and thereby causing harms to the environment. To significantly raise the recycling rate of alkaline batteries that are the dominant type of primary cell, an Australian firm called Envirostream has developed a process that produces a form of fertilizer from zinc and manganese of spent batteries. The company just announced in late May that it will begin field tests for this micro-nutrient supplement in Western Australia.

As the name indicates, alkaline batteries are primary cells that contain an alkaline electrolyte of potassium hydroxide. They are also the most popular among different kinds of dry cells, which are defined as having an electrolyte in the form of a paste instead of a liquid. An average of 6,000 metric tons (or 158 million pieces) of alkaline batteries are sold in Australia every year, according to the country’s Battery Stewardship Council. The same industry working group also estimates that 97% of the batteries sold in the country ended up in landfills. This assessment shows that the Australians have yet to adopt an effective recycling scheme for single-use batteries.

The information for the proper handling of alkaline batteries has been in the public domain for some time. For instance, alkaline batteries should be taken out of electronic devices if they are not used for an extended period. Left alone, they will become structurally unstable and eventually start to leak their corrosive electrolyte. Such leakages not only damage devices but are also harmful to people that come into contact and the wider environment. Spent alkaline batteries should be taped at both ends and placed in a plastic bag or bottle before being discarded as household trash. Since batteries of this type have highly conductive terminals and are made of flammable materials, they can become fire hazards when they are carelessly thrown into landfills in large numbers.

Unfortunately, the growing waste of alkaline batteries have become an ecological problem on a global scale even as regulatory authorities in many countries have established clear rules for the disposal and recycling of these items.

In Taiwan, there are many channels for recycling single-use batteries. Spent batteries can be given to the neighborhood sanitation crew during the regular trash and recycle pickups. They can also be brought to chain convenience store and electronic retailers. On the whole, the island has regulations and programs that minimize the chance of any kinds of batteries being thrown away like regular household trash.

Turning back to Australia, Envirostream, which is a subsidiary of Lithium Australia, specializes in recovery of resources from battery wastes. The firm offers advanced collection and processing services that help the battery industry reduce its carbon footprints and environmental impact. Recently, Envirostream has come up with a novel solution to the problem of inadequate recycling of alkaline batteries.

Zinc and manganese, which are used as the electrode metals of alkaline batteries, are also micro-nutrients that plants need in moderate amount. Fertilizers that specifically contain these two elements are widely available on the market. In searching for ways to recycle or upcycle spent alkaline batteries, Envirostream has realized that developing a solution that meets the demand from agricultural applications is actually a very sound and profitable idea.

The initial greenhouse trials already showed promising results for Envirostream’s micro-nutrient supplement that derived from spent alkaline batteries. Moving forward, the firm will continue lab tests and expand the scope of product trial. A site near the town of Kojonup in Western Australia has been selected for the upcoming field tests. The company stated that the site is well suited for testing its product because the soil there is low in pH and deficient in zinc. The hope is that after the successful conclusion of the field tests, Envirostream will be able to introduce this solution across Western Australia, which is a major wheat-producing region.