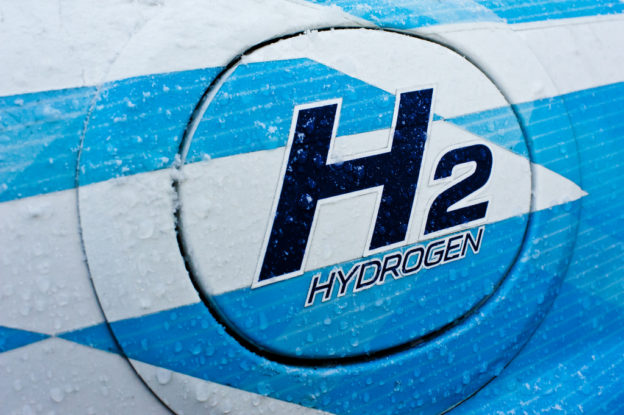 Intermittency and supply/demand imbalance were once the major hurdles that impede the development of solar and wind generation. However, these issues are being resolved by various energy storage technologies that have emerged in the recent years. Consequently, renewable energies are becoming just as reliable as fossil fuels or nuclear power for providing utility-scale electricity. Besides battery-based energy storage systems that are now mainstream, hydrogen energy storage has also attracted the attention of the market as another way of supporting renewable generation. On the other hand, there are some challenges in the development of hydrogen energy storage. The efficiency of hydrogen production via the electrolysis of water or other chemical solutions has been rather low. Also, the costs of setting up the equipment for large-scale electrolysis and hydrogen storage are quite high.

Lately, researchers at Duke University in the US have devised a new type of electrode for electrolysis. This particular electrode, which is composed of nickel microfiber, can produce hydrogen 50 times faster than conventional electrodes.

Hydrogen energy storage complements different renewable energies. In most cases, electricity generated by photovoltaic systems or wind turbines is used to carry out the electrolysis of water into hydrogen and oxygen. The hydrogen produced from this process is then stored in fuel cells or used in thermal power generation.

Ben Wiley, a chemistry professor at Duke University and a member of the team that developed the new nickel microfiber electrode, said that hydrogen output from water electrolysis has remained below the ideal level because the process creates too many bubbles that can block electrode from efficiently splitting water molecules.

The results of the team’s lab tests indicate that nickel microfiber has the highest rate of hydrogen output. Among the three materials, nickel-copper nanowires have the largest surface area and can produce hydrogen the fastest when electrolysis begins. However, its output then plunges just 30 seconds into the process as bubbles clog up the entire mesh. As for nickel foam, it allows bubbles to escape during electrolysis but has the lowest output among the three materials due to having the smallest surface area.

Nickel microfiber appears to have attained the best balance between hydrogen production and bubble formation. This material has 25% less surface area than nickel-copper nanowires but the highest output among the three materials. In a 100-hour test conducted by the Duke team, the microfiber electrode produced hydrogen at a current density of 25,000 milliamps per square centimeter. This rate is 50 times that of the conventional nickel-based electrode used in alkaline water electrolysis, which is widely employed by the chemical industry for hydrogen production.

If manufacturers of water electrolysis equipment are able to build on the research by the Duke team and design better electrodes, then the industrial production of hydrogen will also improve significantly in efficiency and cost. This, in turn, will eventually raise the market competitiveness of hydrogen energy storage for renewable generation.

As for the three flow-through electrodes created by researchers at Duke University, the study on them is detailed in an article published in Advanced Energy Materials on May 25.