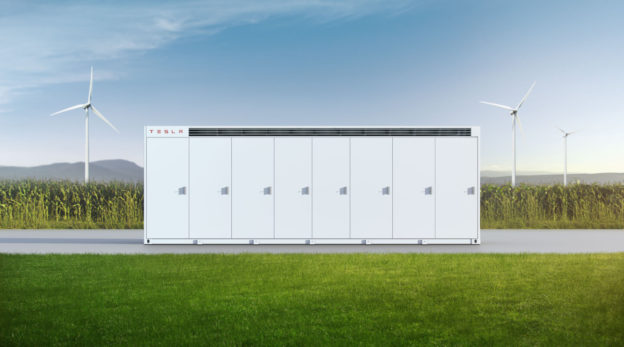 To reduce reliance on gas-fired power plants and eliminate unsightly chimneys associated with most generation facilities, the US state of California has approved the proposal to develop four battery energy storage projects in Monterey County. These projects are scheduled for completion by the end of 2020 and designated to replace three older gas-fired power plants. Tesla is one of the main participant in this endeavor and again has an opportunity to build another highly efficient large-scale energy storage station. According to reports from other news outlets, Tesla is responsible for developing one of the four projects and plans to deploy more than 1GWh of Li-ion batteries. In comparison, the Hornsdale Power Reserve that Tesla built in 2017 in Australia has a total storage capacity of 129MWh. Hence, the scale difference between these two projects is as much as 10 times.

In 2018, the California Public Utilities Commission (CPUC) gave PG&E the go-ahead to set up four separate energy storage projects near the site of the Moss Landing Power Plant. Together, the four projects will have a total storage capacity of 567.5MW/2.27GWh. They are to replace older gas-fired power plants that supply power during the peak load period.

Besides Tesla, the three other major participant in project development are Dynergy (a subsidiary of Vistra Energy), Hummingbird Energy Storage (a subsidiary of esVolta), and Micronoc. Dynergy’s project will be the largest of the four in terms of storage capacity, totaling 300MW/1.2GWh. Tesla, for its part, intends to first install 182.5MW/730MWh of energy storage systems and then eventually expand to more than 1GWh.

Hummingbird’s and Micronoc’s contributions to the whole Moss Landing venture are 75MW/300MWh and 10MW respectively. While being the smallest of the four, Micronoc’s project is the first to go online, with installation already completed in October 2019. The development of the other three energy storage stations should finish by the end of 2020 if everything goes according to schedule.

Tesla’s project at Moss Landing was approved by CPUC in 2018 along with the proposals from the three other developers. The most interesting part of Tesla’s plan is the adoption of the company’s latest battery energy storage system known as Megapack. With a length of 7.14m and a width of 1.6m, Megapack can store up to 3MWh. Compared with Powerpack 2 (a smaller energy storage system from Tesla), Megapack is approximately 8 times larger in size but offers 12 times the capacity. It is estimated that Tesla’s project, once completed, can supply enough electricity to power every home in the city of San Francisco for six hours.

Tesla aims to install 449 Megapacks at Moss Landing, bringing the project’s total capacity to 1.2GW. This also means that the operating capacity of each Megapack deployed at the project site comes to 2.673MWh.

The Monterey County Planning Commission greenlit Tesla’s and PG&E’s plans to redevelop the site of Moss Landing Power Plant on February 26 of this year. Construction should begin soon after the approval. From the perspective of benefits versus costs, using batteries to meet high electricity demand is a net positive for the county and the whole state. The Moss Landing Power Plant, which runs on gas-fired generation units, now produces just one-tenth of the power that it used to produce. Monterey County Supervisor John Phillips said that operating this facility is more of a burden on taxpayers.

Based on its timetable, Tesla will break ground on the Moss Landing project in April following the approval from Monterey County and complete the work by the end of December. Dynergy expects to finish building its energy storage station at the same site in early December.